Has cancel culture gone too far? 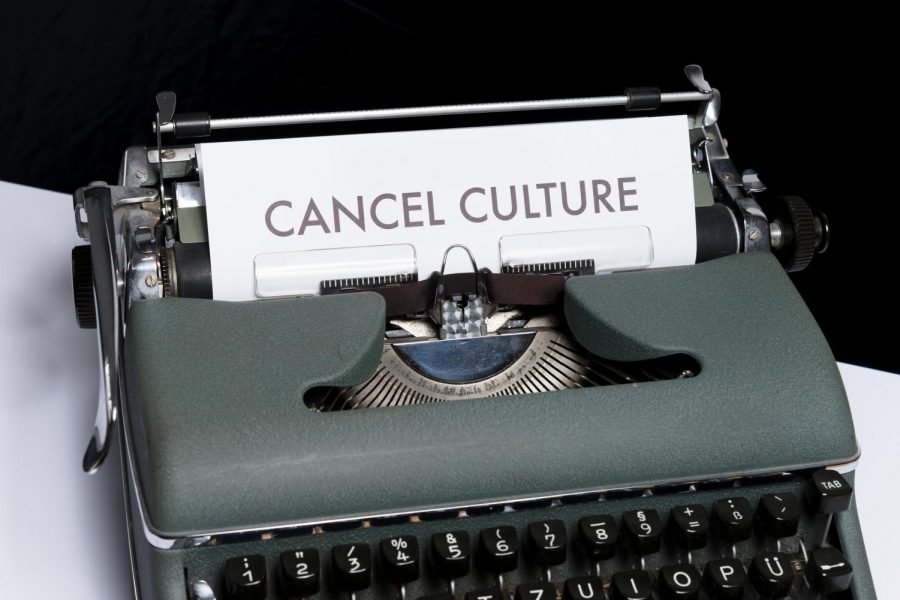 The cancellation of older topics and ideas are a common occurrence in today’s world. This is commonly known as cancel culture. (Photo via Unsplash)

Cancel culture is something that has taken over entertainment and media the past few years.

According to one of the definitions in the Urban Dictionary. cancel culture is when a large mob of people come together to relentlessly attack a certain person or idea over an accusation of some kind, which sometimes is proven wrong.

In most cases, cancel culture starts when someone on a social media platform makes an observation of something, doesn’t like it and eventually influences others to not like it. Then, a group forms to ultimately cancel—meaning to not watch, use, or support something in order to get a point across.

An example of this very recently is the Pepe Le Pew character from the Looney Tunes franchise. The character is a French skunk who flirts often with female characters and tries to kiss them; it’s his schtick.

The character was fine until 2021, when a group of people told the company that owned the Looney Tunes that the character doesn’t give consent and “normalizes rape culture,” according to The Washington Post, in a March 9 article titled “How Pepe Le Pew became the latest character in the culture war.”

Now, generally speaking, the character shouldn’t be canceled, but for people who have dealt with assault, the character may traumatize them. It’s a cartoon character and French men are known to be flirtatious and that’s why the character acts the way it acts.

However, if people come together and show mass support to cancel something then there’s a right to cancel that thing or idea.

Another instance of culture cancellation can be found in “Snow White”. Some people want to cancel this classic film because of the kissing scene involving Prince Charming and a lack of consent, according to USA Today, in  a May 6 article titled “ Disneyland’s Snow White ride faces backlash over Prince Charming’s kiss.”

In reality, it doesn’t make much sense to cancel because, in the story, Snow White is asleep and must be awakened by a kiss; she can’t give consent to the prince who kisses her in her sleep.

The movie was made in 1937 when consent wasn’t regarded much in society, but now times are different and society has evolved for the better, making consent a requirement for everything. This movie couldn’t be made in 2021, but we shouldn’t ruin a classic that isn’t harmful or insensitive.

Cancel culture can go too far sometimes and have no support to justify the cancellation, but in other cases, it’s justified. One of those cases is the controversy of the Washington DC football team’s name.

This case makes sense. You can appropriately cancel the Redskins name, because millions of people were offended and because the name is racist. This case of cancel culture is understandable.

The name had to go because of collective support frustration. As for the other examples listed above, the reasoning for the canceling of the scene and character doesn’t have the support or collective frustration the football team story had. In that case, they shouldn’t be canceled.

In today’s world, I just want to say this: Please, as a people can we set guidelines to when something should be canceled?

In my opinion, the guidelines should go as follows: We as a people shall not cancel anything unless it’s insensitive, racist, or harmful with a mass following of people who agree that product or idea must be canceled.

Most things are approved for public consumption but that doesn’t mean the content won’t offend people. Enjoy the content you see or hear unless it’s racist, insensitive, or harmful. If it falls under one of these guidelines, gain a lot of supporters then it’s fair to complain and cancel.