QAnon: how a conspiracy theory played a key role in the U.S. Capitol riot

VICE's three-part docuseries examines the who, what and why behind the QAnon conspiracy movement 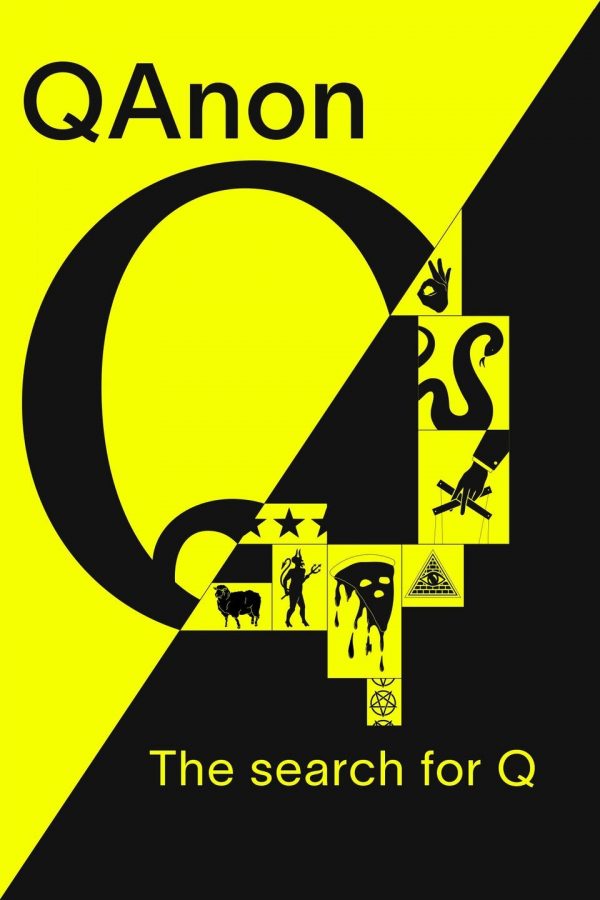 With the Jan. 6 Capitol riot serving as a catalyst, VICE explores the conspiracy movement QAnon in a new three-part docuseries, "QAnon: The Search for Q." (Photo via VICE)

In the span of time since the pandemic began, there is a good chance that while scrolling through social media that you’ve come across a post mentioning the term “QAnon,” a conspiracy theory manifested in a dark corner of the internet and now coming to light as a mainstream movement. Their beliefs revolve around the existence of a deep state described as a devil-worshipping cabal of elites running a global child sex trafficking ring that feasts off the harvested blood of tortured children—better known as Adrenochrome—in order to ensure their own immortality.

But in order to understand what QAnon has become—with supporters winning several congressional seats and the former president of the United States promoting the conspiracy— one must first understand what a far cry QAnon is from its dark-web origins. How QAnon began, and who started it, is shrouded in as much mystery as its core conspiracies about devil-worshipping elites feeding off Adrenochrome, the blood of terrified children.

The new three-part documentary series presented by Vice, “QAnon: The Search for Q” tries to answer these questions, by speaking to the people who say they’ve been involved in QAnon from the very beginning. Launched earlier this year on VICE TV, this series documents the rise of QAnon up to its major role in the United States Capitol riot all while simultaneously trying to identify who is behind the real Q.

“Our docuseries takes a step back to examine the who, what, and why behind QAnon so that we can more effectively recognize its radicalizing impact on society, as well as learn to engage with the rising number of Americans who adhere to the theories pushed by Q,” Bayan Joonam and Marley Clements, the series co-creators, said in a promotional article with VICE.

Over the course of this three-part docuseries, Joonam and Clements trace the roots of QAnon to a time before when the first Q “drop” appeared, in fall 2017. Delving into the murky online world where Q emerged, Joonam and Clemens speak with key QAnon figures including Manuel Chavez III, who claims to have orchestrated the idea for Q as part of a LARP (live-action role-playing) game and former CIA officer Robert David Steele, who’s become a driving force in the QAnon movement.

As someone who has personally seen QAnon’s “teachings” seep into my family like its own social virus, this documentary sheds light on the dangerous conspiracies being labeled as truth that threaten the very sanctity of our deepest relationships.

This story is a relevant testimony that could not have come at a more appropriate time in wake of the capitol riots. Informative and coherent, this show serves as the driving argument to those who have fallen down the Q-rabbit hole and hopefully, helps them to climb out of the metaphorical grave they’ve dug themselves into.

Left on the edge of your seat from the very beginning, co-creators Joonam and Clemens take viewers along on this journey into the mind of a radicalized movement akin to an online religion.

“QAnon: the Search for Q” is available to watch on the VICE channel or on the VICE TV app; watch the trailer here.