There’s been an alarming surge of anti-Asian violence against Asian-Americans since the start of the COVID-19 pandemic. 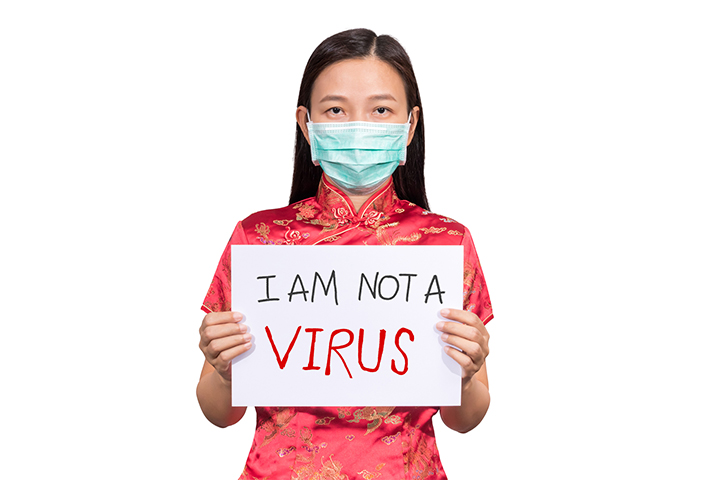 Asian-Americans have been targeted and referred to as a “virus” since the COVID-19 pandemic started. (Photo via Pixabay)

Since the beginning of the COVID-19 pandemic, hate crimes against the Asian community have risen greatly in America. Acts of violence against Asian-Americans are being reported across the country each day.

Stop Asian American and Pacific Islander Hate, an organization based in San Francisco, tracks and responds to incidents of hate towards the Asian-American community. Stop AAPI received reports of such incidents from March 19, 2020, to Dec. 31, 2020, in total there were 2,808 incidents reported. Of these 2,808 reports of violence, race was stated to be the primary reason for the attacks.

The anti-Asian acts of violence grew as more people began to racially profile Asians as “a virus.” An example of this occurred when former President Donald Trump referred to COVID-19 as the “Chinese virus” and the “Kung flu.”

With Trump labeling COVID-19 as the “Chinese virus” and “Kung flu,” it set up the Asian community as a target and encouraged others to view Asian-Americans as a virus. Racism is taught, no one is born racist.

As an Asian-American, I began to become more worried for my own safety. I started a new job as an essential worker at a retail store at the beginning of 2020 and was terrified that I would possibly become a target of anti-Asian racism myself since COVID-19 was beginning to spread worldwide.

Even within my friend groups or coworkers, I was self-conscious that they would see me as if I was some plague, just because I am an Asian-American.

These anti-Asian hate crimes have gotten so out of hand, that innocent Asian elders have been killed and attacked. It is dehumanizing to see so many similar cases in which elderly Asian-Americans become a target of violence.

For example, Vicha Ratanapakdee, an 84-year-old Thai man from San Francisco, was murdered while he was going for a walk. He was pushed to the ground by the perpetrator, resulting in Ratanapakdee hitting his head on the pavement and dying shortly after being rushed to a hospital.

Similarly, another 91-year-old Asian man was brutally shoved and attacked in broad daylight in Oakland in late January. He survived the attack and the attacker was charged.

“Verbal attacks and incidents of any form that are meant to hurt, harm, and provoke hate are unacceptable,” Vang said. “I want to affirm to our Asian American community, our businesses, our families, our elders, that you are not alone.”

Growing up in Sacramento, a diverse city that is known to be made up of more than 20% Asian- American and Pacific Islanders, I never thought it would have to be an issue for the Asian community to fear for their safety.

Asian-Americans should not be viewed as a target of violence simply because a virus started in an Asian country. No one is to blame, COVID-19 is a worldwide issue everyone is going through together, not just Asians.

To learn more about helping the Asian community with amplifying their voices and advocating to protect Asian lives visit Stop AAPI Hate here.