Current Editorial: Don’t let fear stop you from voting in 2020 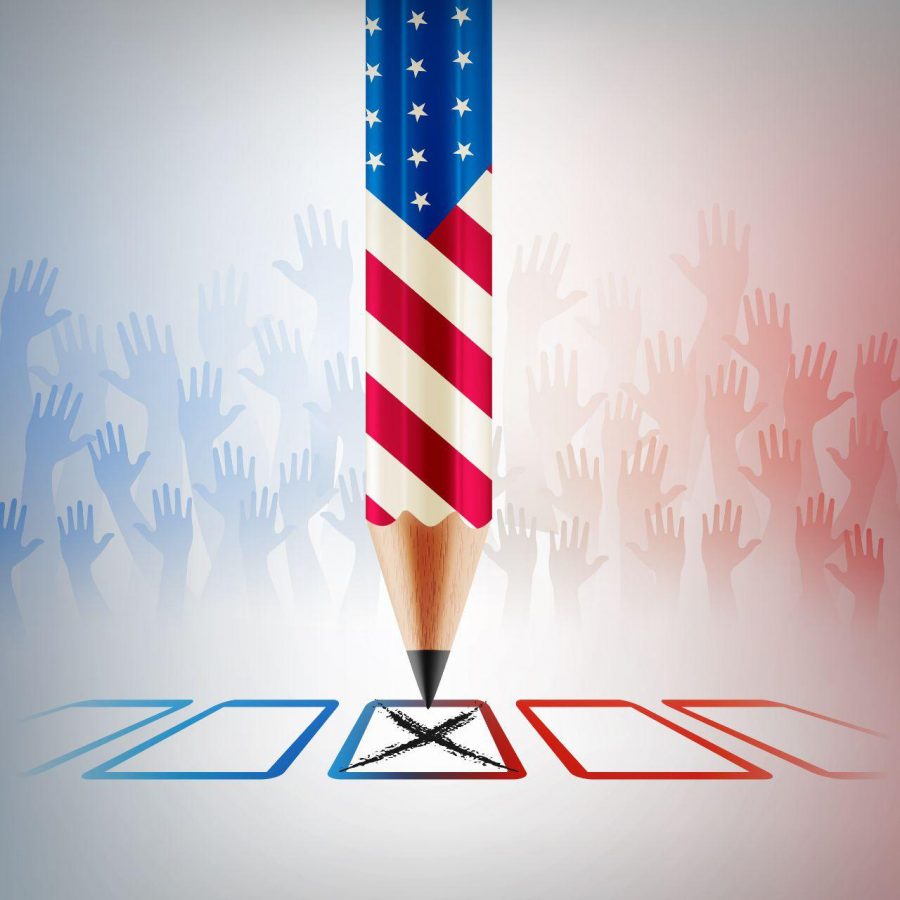 Only 46% of people between the ages of 18-29 voted in the 2016 presidential election. No matter who you want to vote for this year, you shouldn’t let fear stop you from voting this election year because your vote matters. (Photo courtesy of Fotomay)

With the 2020 U.S. election approaching soon, there are many people who are still unsure if they’ll vote, or have just outright decided to not vote at all this year. However, with everything going on in the world right now, a lot of these undecided voters seem to be influenced by fear mongering from both sides of the political spectrum.

Some American citizens are worried about voting this year because of the speculated possibility of ballot fraud, or a mailed-in ballot getting thrown out depending on who they voted for and therefore not counted. Others may feel pressure from their own peers on who they “should” vote for.

Regardless of who you’re thinking about voting for in the election, whether Republican Donald Trump, Democrat Joe Biden or a third-party candidate, the Current encourages all students at American River College to register to vote and vote for anyone they see fit.

Over the past few months, Trump has been making the point that there is a chance of voter fraud with the mail-in ballots and that some ballots have even been thrown out in states around the country, according to an ABC News article about how some mail-in ballots were thrown out accidentally in Pennsylvania. In addition, Trump has even gone on to say in a tweet that voting by mail would create “the most inaccurate and fraudulent election in history.”

According to the same ABC News article, a number of ballots sent in by mail were thrown out accidentally into the Elections Bureau office’s trash bin in Luzerne County in Pennsylvania by a “temporary contractor,” who had no idea which candidate was voted for in each ballot.

Although Trump has explicitly told people to not vote via involuntary mail-in ballot, the American people should still be given the right to vote in any way they can, especially during this pandemic. While Trump believes mail-in voting could possibly rig the election, according to a New York Times article about the truths and myths about voting by mail, there is very little evidence to prove that to be true, and Trump won nine of the 16 states in the 2016 election in which more people voted by mail.

Some people wish to go out and vote in-person, which is fine, but not everyone wants to take the risk with COVID-19 still being a glaring issue in this country.

If you are voting by mail, you can use “Where’s My Ballot?” to track where your ballot is, and be assured that your ballot is safe and getting to where it needs to be, and that it will be properly accounted for. Ballots must be postmarked by Nov. 3, 2020, or returned to a dropbox or voting location by 8 p.m. on Nov. 3, 2020.

We’re at a point where our country is very divided right now with protests and riots going on from both sides about different political issues coming from groups such as Black Lives Matter and the political violence group known as Proud Boys.

In this day and age, especially with social media, undecided voters often get pressured by their own peers telling them who they should vote for in an election and why. You should never allow peer pressure or loss of friendship control you into not voting. The 2020 election is too important to flat-out not vote and real friends would encourage you to vote, no matter who you support politically.

It doesn’t matter if you’re Repubican, Democrat, Libertarian or Independent; no one should tell you who to vote for in any election regardless of how someone else feels because that’s part of the freedom that we have in this country. You can make your own decision on who you want to vote for, and you shouldn’t have to share your decision if you don’t want to. If you fear being mistreated by others for your political views, just keep your vote a secret.

There are two main forms of voting that you can choose from, either voting by mail or choosing to go to a polling place, but you can’t vote online in a federal election, according to the United States federal government website.

ARC’s campus will open as a polling place for the public to drop off mail-in ballots on Oct. 31 from 8 a.m. to 4 p.m. and will be open on Election Day Nov. 3 from 7 a.m. to 8 p.m. in the Community Rooms that are located inside the Student Center to vote.

Some other polling locations around Sacramento include the Golden One Center, the Secretary of State Building and the Oak Park Community Center, among others listed on the Sacramento County website.

Election Day is Nov. 3, 2020, but if for some reason you can’t make it to vote that day, in California, there are early voting days, and we’re less than a month away before the day of the election. According to the United States federal government website, you do not need an excuse to choose to vote early.

As an American citizen, you have the right to go out and vote in any way you can in what’s being called the most important election in U.S. history. It doesn’t matter who you feel is the right choice this year, it’s your duty to go out and vote for your country because your vote matters.