The American River Current • May 14, 2020 • https://www.arcurrent.com/opinion/2020/05/14/michelle-obamas-becoming-is-a-refreshing-take-on-personal-growth-in-the-midst-of-struggle/ 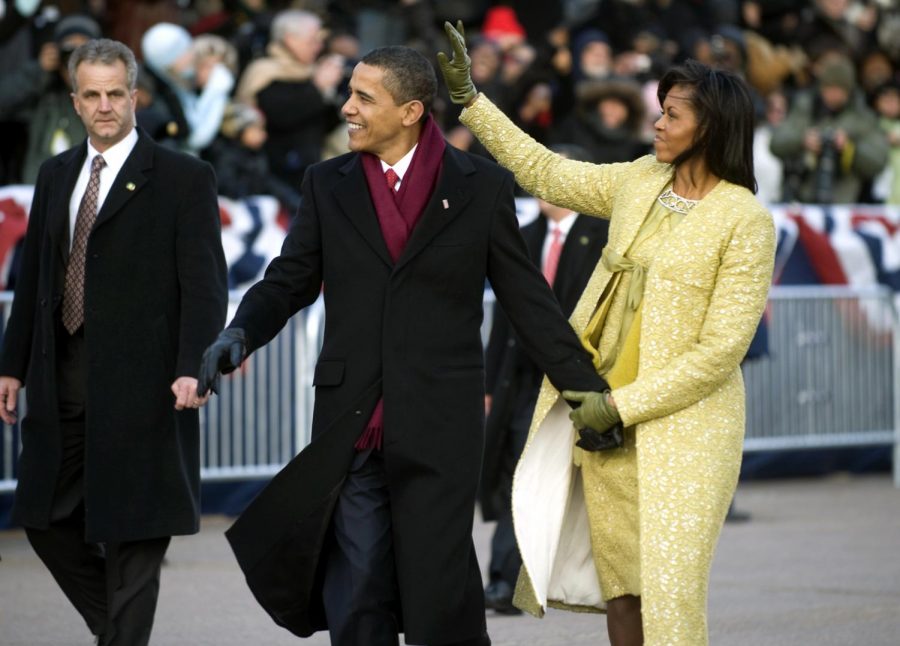 Michelle Obama's new documentary, "Becoming," based on her memoir of the same name, starts with the inauguration of her husband and tells the story of how she dealt with copious amounts of criticism and bullying before, during, and after her stay at the White House. (file photo)

At the 2016 Democratic National Convention, in response to the future harsh criticism and bullying she and her family would receive in the White House as the first African-Americans to live there, then-First Lady Michelle Obama said her motto is “when they go low, we go high.”

If someone will go so low as to insult their race, she will be the “bigger” person and ignore them.

Nowadays, she says she has a hard time maintaining this belief.

In the first lady’s new Netflix documentary, “Becoming,” based on her memoir of the same name, she highlights her struggles and day-to-day challenges that she faced before, during and after her residency at the White House to illustrate that she is constantly “becoming” an older, more experienced version of herself.

While the message is great, the documentary itself is rather hard to follow, portraying so many different sides of Obama that it is hard to tell whether she is content with the person she has become or not.

The hour-and-30-minute long documentary starts in complete silence as Obama walks to her government-issued SUV guarded by secret service members, thanks to the agents, and then describes to the cameramen how she likes to start her day listening to music.

“A God Like You” by Kirk Franklin starts playing as Obama says she needs to “thump it out” sometimes as Franklin’s recording starts, “Do y’all want that bounce?”

With this bumpy and upbeat beginning, the introduction credits roll to video clips from Barack Obama’s inauguration.

The on-screen text explains that the former First Lady has gone on tour two years after exiting the White House for her memoir, and she’s done many speaking events and book signings to sit and talk with America’s youth.

In its beginning, the documentary takes steps back from our progress in America. Obama talks about behaving as a first lady, like paying extra attention to how she acts, dresses and maintaining eye contact with the people she meets.

It felt as though the first lady released a documentary to teach young women how to act.

However, she quickly takes this information and points out that the scrutinization she is constantly under and the self-image issues she faces are the same ones that every American has to face.

She uses her platform now to reach out to these Americans to try and help them.

For a majority of the documentary, each new chapter starts with her saying some overarching-themed quote at an event, then clips and pictures are shown from her life about that particular struggle and it ends with her in a Socratic circle with primarily teenage African-American girls, discussing the message of her book.

For example, Obama says that she hoped when her husband got elected that America would be more ready for an African-American family in the White House “than maybe what they were,” she said.

She then goes on to tell the story about how on June 26, 2015, she attended the funeral of the nine African-Americans killed in a church Bible study the same day that marriage equality was legalized.

Her Socratic seminar lesson to those kids in the next scene mentions that while she constantly faces adversity because of her race, because she went to school and does her job every day, she still makes progress in the world. With that, she wants all of today’s youth to get their “fricking education” because the struggle will be worth it.

In an interview with Gayle King about the book, in Atlanta, Georgia on May 11, 2019, King asked Obama if she keeps the motto of “they go low, we go high,” still today.

While its presentation is choppy, the message of “Becoming” does leave viewers refreshed. Obama does a fantastic job of reminding the American people that she is just another human being and while she has a lot more eyes on her and faces a lot more criticism than the average American, she finds a way to cope and with her book and memoir she wants to share that method.