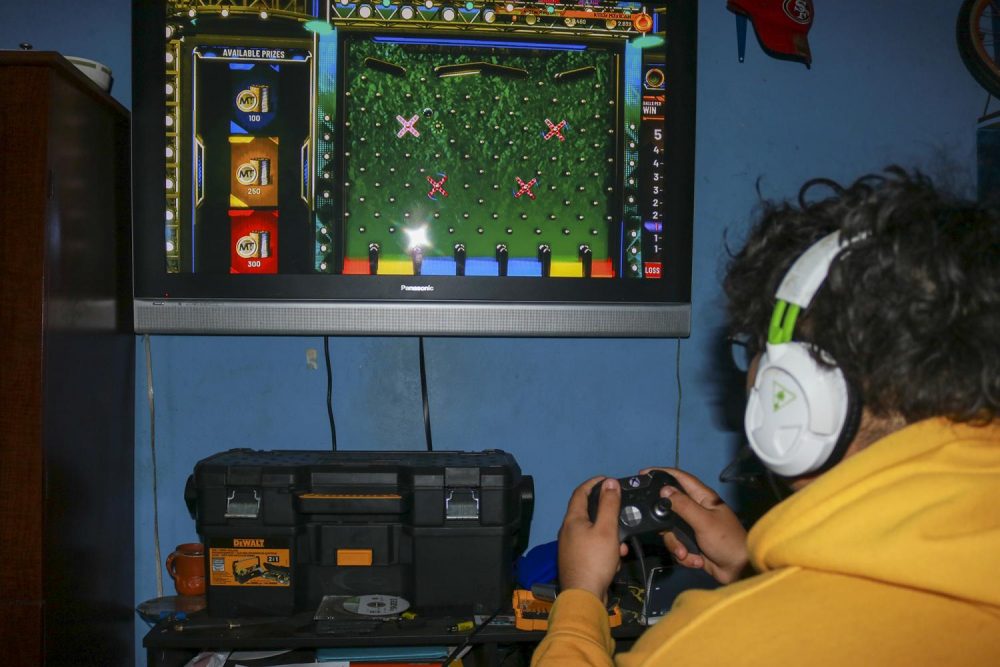 The Entertainment Software Rating Board or ESRB have been misrating games such as “NBA 2K20” that has an all ages rating but have game mechanics such as simulated gambling. (Photo Illustration by Brandon Zamora)

In 1994, the Entertainment Software Rating Board (ESRB) was created to help parents decide what video games would be safe for their kids to play. Twenty-five years later, they’ve completely thrown that idea out the window and don’t even bother to thoroughly play the games they’re supposed to be rating.

Two YouTubers, Angry Joe and YongYea, discovered that the members of ESRB don’t actually play video games for more than an hour to rate them. Instead they’re given a premade video package of the game to review and then give a rating based on that.

At first glance, not many people may care if that’s all they do, but recently it has become a problem for people like myself that play video games because it’s allowing video game companies to add gambling to our games that will be exposed to young children without any consequence.

A game that came out earlier this fall, “NBA 2K20” became controversial even before its release when one of the trailers showed simulated gambling with actual casino games, within a basketball video game that was rated E for everyone.

In “NBA 2K20,” you earn virtual currency (VC) which can be used to buy card packs of players that you can use in a game mode called “MyTeam.” You can earn small amounts of VC by playing the game normally, but you earn much more by using real currency. You could then use that VC to buy card packs containing an assortment of high and low quality players.

According to the ESRB itself, the following quote from its website must be true for a game to be labeled as simulated gambling: “Player can gamble without betting or wagering real cash or currency.” That’s exactly what you can do on “NBA 2K20,” but the ESRB doesn’t have it labeled as such, nor will it add it despite the complaints from people saying it should be there.

This issue extends to games that include micro-transactions like loot boxes. Loot boxes contain random prizes that you can earn in the game that can be as simple as a custom outfit for a character all the way to an upgrade that can help you win in the game, depending on what game you’re playing.

While loot boxes can be earned for the most part in-game, some games make it a grind to earn them and always tempt gamers into paying for them instead. People will pay real money for a small chance at a virtual item that is only useful in one game.

That’s gambling, yet loot boxes are seen in all kinds of games no matter the rating and the ESRB refuses to label these games as “Simulated Gambling.” So, an 8-year-old can play “NBA 2K20,” be exposed to this and be told by the game to buy their loot boxes with real money to earn in-game rewards.

And what does the ESRB do about this issue? It’s the group’s job to make sure young children aren’t exposed to this content in video games, yet they side with the gaming companies. You know, the ones that added loot boxes and call it “surprise mechanics” as if it’s any other normal feature for a game to have.

Don’t get me wrong; this is by no means an attack on video games. I’ve been playing games since I was a child and it’s something I enjoy even as an adult.

To a point, I understand why certain games have them. Free-to-play games contain loot boxes as a source of income to produce and improve the game they release for free.

However, you know they’ve gone too far when a full game retails for $59.99 or more and includes real gambling that people higher up the corporate ladder ignore. Why do they ignore it? Because it makes them money.

The ESRB doesn’t care what your child sees in a game, weirdly, since their entire creation in 1994 was based on exactly that. Gamers like myself are trying to change that and bring this issue to the ESRB’s attention by sending them emails and trying to contact them on their social media.

But the ESRB won’t listen because they’re too busy siding with the gaming companies that are adding “surprise mechanics” to our beloved games, just to make a quick buck.