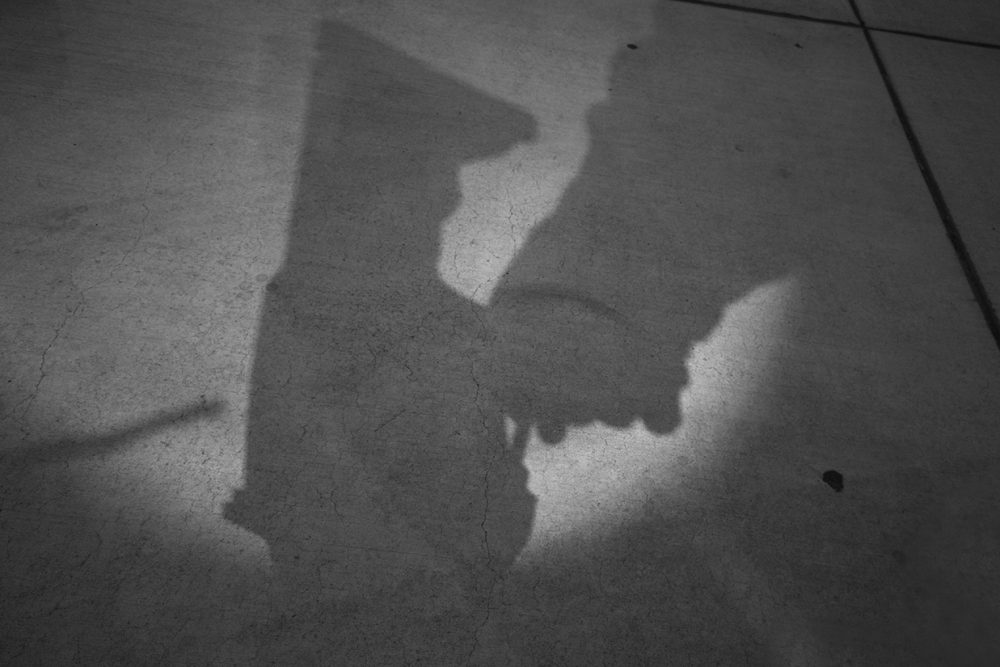 There have been 39 mass shootings in the United States this year according to the Gun Violence Archive (GVA). (Photo illustration by Ashley Hayes-Stone)

“Hell yes, we are going to take your AR-15, your AK-47,” Democratic presidential candidate Beto O’Rourke said during the third democratic debate on Sept.12.

The call for gun reform and regulation should not be limited to just preventing mass shootings. People are getting shot everyday and the government has given nothing but “thoughts and prayers” to ease this crisis.

The American outcry for gun control has fallen on deaf years for a decade. Finally, big business has taken a stance by limiting the production and sales of dangerous firearms when the government wouldn’t.

Gun control should not be a controversial issue or a hot button topic, it is a promise of a safer America. An America where going to a festival, the movies or even just a quick trip to Walmart doesn’t cost someone their life.

The right to life is fundamental for each and every citizen of this country, according to the Declaration of Independence. The document lays out three unalienable rights that federal and state governments are responsible to protect: life, liberty and the pursuit of happiness.

When things like police brutality, gun violence and mass shootings happen so often in America, however, it shatters the meer concept of these unalienable rights.

So far, there have been 39 mass shootings in the United States this year according to the Gun Violence Archive (GVA), an independent research and data collection organization focused on providing comprehensive data to support the national conversation of gun violence.

More mass shootings have happened this year than any other previous recorded year, with the death toll already at 324 people, according to GVA.

This should be seen as an epidemic, especially when many mass shootings have involved children who are being murdered in their schools. Schools should be a safe haven for students, not a killing ground.

The GVA also shows the total number of gun deaths recorded as a whole this year has reached a staggering 11,496-person toll.

Sixty-one percent of Americans support stricter gun laws and regulations, according to a Quinnipiac University poll conducted in May.

Under federal law, background checks are only required by licensed gun dealers, which may result in criminals exploiting this system by buying guns from strangers online.

This isn’t enough. Gun laws must be updated to reflect the society we live in today.

According to the Everytown for Gun Safety website, red flag laws give family members and authorities the right to petition a court to prohibit dangerous people from obtaining guns.

“If it is found that a person poses a serious risk of injuring themselves or others with a firearm, that person is temporarily prohibited from purchasing and possessing guns; guns they already own are held by law enforcement or another authorized party while the order is in effect.”

Everytown for Gun Safety is a non-profit organization that is committed to pressuring lawmakers to improve gun laws, educating the public about responsible gun ownership, and amplifying the voices of survivors of gun violence.

The key to stopping this epidemic is prevention. Seeing warning signs and reporting them to authorities can be a difference between life and death, which is why the call for these red flag laws is so important.

There is no logical reason for anyone to own an AK-47 or an AR-15. These guns are not used to hunt and they are definitely not needed for self-defense. These types of guns should be limited to military use only.

One basic handgun and one basic hunting rifle are more than enough to protect and provide for a family, respectively. Anything beyond that is excessive and dangerous for the country.

The government cannot ignore this problem forever, and because of their lack of response, company’s have taken their own stance on this issue.

Colt, a popular gun manufacturer, announced it will suspend production of the AR-15 rifle until further notice, due to the increase in mass shootings this year that involved Colt’s fully automatic rifle. However the suspension of sale is “not forever,” said Paul Spitale, a Colt executive.

Walmart has stopped selling “ammunition for short-barrel rifles such as the .223 caliber and 5.56 caliber that, while commonly used in some hunting rifles, can also be used in large-capacity clips on military-style weapons,” as well as several other types of ammunition according to the new firearm policy on Walmart’s website.

Walmart also issued a public statement asking customers to no longer open carry in their stores due to the tragic mass shooting that occurred at one of their locations in El Paso, Texas on Aug. 3 that killed 22 people and left 24 seriously injured.

These policies, as well as others related to gun/ammunition sales, were published on Walmart’s website exactly one month after the shooting.

In addition to these public statements, the CEOs of 145 companies have also written a letter to the Senate urging them to listen to the outcry of the American public asking for legislation on universal background checks and red flag laws, published Sept. 12.

These companies include Gap Inc., Doordash, Postmates, Twitter, Uber, Yelp and many others.

Mass shootings are not a trend and automatic weapons are not going to go away on their own. These are terrorist attacks and extremist hate crimes that must be handled the same way any other threat to the country would be.

A country that bans vaping can ban military-grade weapons from getting into its citizen’s hands.

How many more people have to die before legislation can pass to protect us?