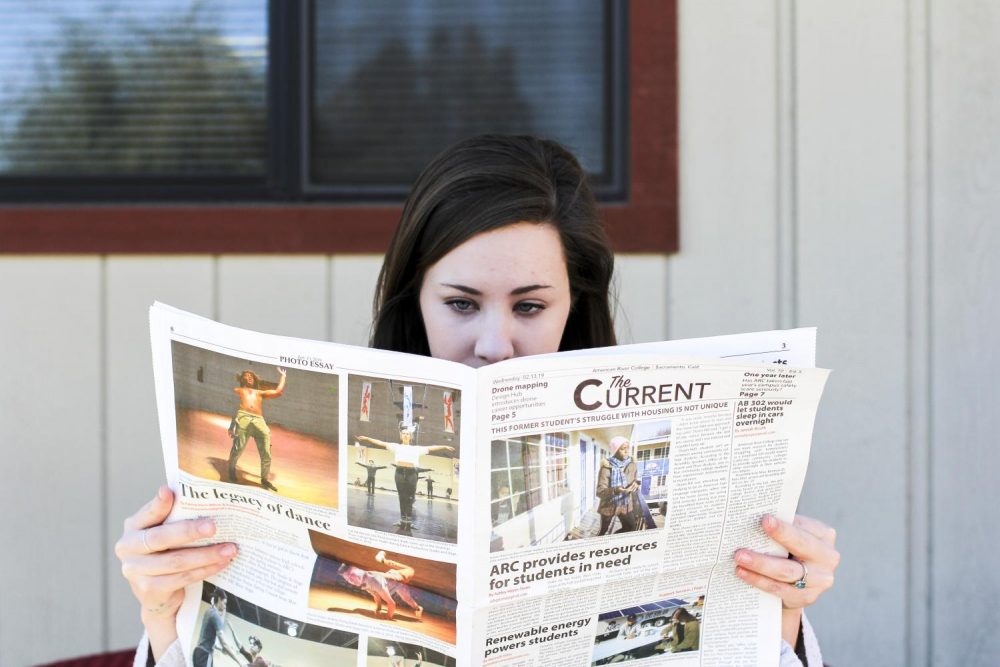 From the moment we wake up, we are faced with an overload of information competing for our attention — every second, every minute and every hour of the day.

However, with the ease of access on the internet and overload of information, I have to constantly remind myself that this is a distraction; a source of entertainment, and to live my daily life ignoring everything else.

So we judge with skepticism and find the world isn’t rainbows and butterflies. What we see in the news isn’t always positive, and then we may ignore what is happening and scroll along to the next event.

Social media contributes to this problem as we are constantly drawn in to the endless feed. Twitter constantly updates us by the second and before we know it, we have spent 20 or 30 minutes without adding any value to our day.

An American River College counselor once talked to me about the negativity in the media, the bias in journalism, the missing coverage, unnecessary “creative” writing, and the media coverage in politics. I would agree with him, but he doesn’t really understand what goes on behind the scenes, the purpose of the news, and why we need to know what is going on around us.

But the role of journalists is to observe, listen, and uncover the truth. After all, we’re humans and we make mistakes and so we continually practice to fill in the role as a good journalist.

Good journalists observe, listen, and ask questions to share the events and stories for the world to see.

There’s more to the job of a student staff writer than what most people would believe — it is assumed all journalists have an agenda to alter mass opinion.

Alan Miller, a professor in ARC’s journalism program who teaches the course Race and Gender in the Media, shared his idea of journalists in the field today.

“I’m worried about the current state of journalism because so many media companies are downsizing by cutting staff,” Miller wrote. “Most local newspapers, the [Sacramento] Bee for example, are shedding staff and shrinking coverage. Even larger papers don’t have the investigative staff to root out public corruption and other scandals.”

Journalism plays a vital role in watching for government corruption, monopolies, and uncovering facts. I view my role as a journalist is to root out and inform the masses on current events that have an impact on us, and allow us to become aware of the community and people around us.

The Washington Post aired a commercial during the Superbowl in February. The words that flashed was a message that acknowledged what journalism is about; “Knowing empowers us, knowing helps us decide, and knowing keeps us free.”

“A free and unfettered press is the cornerstone of democracy, not ‘the enemy of the public,’” Miller explained.

The current presidential administration fails to acknowledge the work journalists do out in the field. But with so much negativity in our world today, it’s difficult to mention what is right for our country. If we don’t know what is going on, then how can we choose to act and change?

However, in the end it’s important to not recognize just the negativity, the bias, and the constant distrust in the media. Our main goal is to recognize journalists that help feature the stories on campus, events, and facts of what is happening. That is all.

I believe journalists are misjudged by what is shown “in the media.” It’s important to realize journalists aren’t perfect, we don’t always find the answers that we need, and sometimes there’s more to the story that hasn’t been told yet.