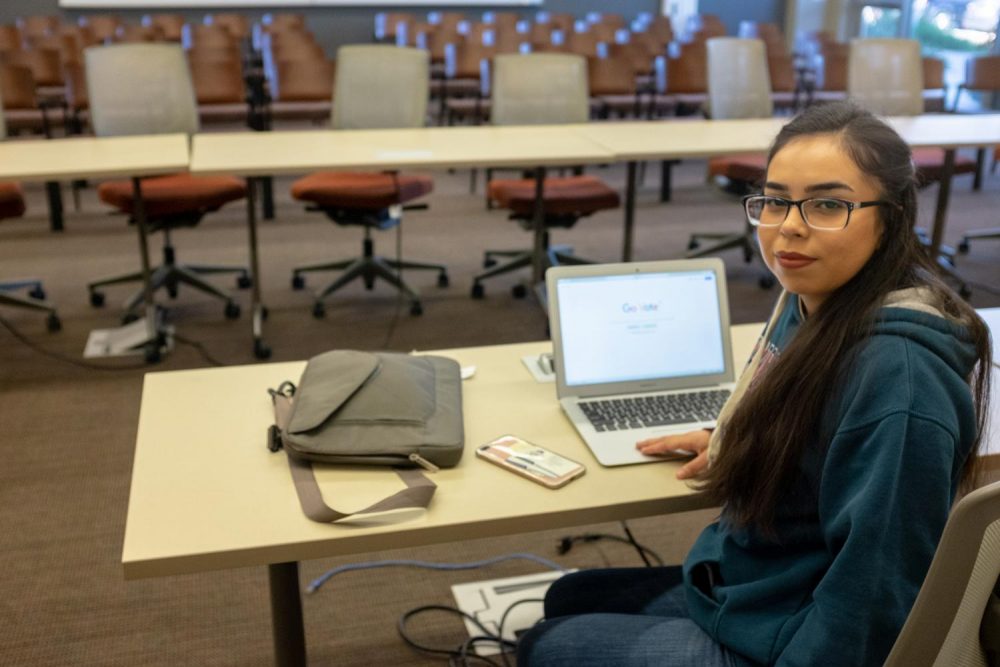 With high numbers of voter turnout nationally for the Nov. 6 midterm elections, people, especially young people, seem to be participating more actively in their government. Despite this, however, participation in American River College’s Associated Student Body Student Senate and Club and Events Board remains extremely low.

Very few ARC students attend the college’s weekly ASB meetings. In addition, ASB has many unfilled seats, especially in CAEB. Because of the lack of student representation and participation, the small group that makes up Student Senate is left to spend money however it seems fit—which often tends to be on themselves. ASB needs more participation from students, otherwise our money will continue to be spent in areas that do not serve us.

As a body of student government, Student Senate should be serving the campus community. Unfortunately, a lot of the funds that the senate receives from student enrollment fees is used, instead, on the board itself.

ASB is funded through a $1 fee per student each semester. The total funds are then divided between Student Senate and CAEB. The Student Senate board is able to allocate money for its own various activities, including travel and promotion. The travel expenses cover the costs of attending student leadership conferences, including transportation, registration, and food, and often includes a larger budget than needed.

This semester the board passed two bills that would set aside $15,000 total for an advocacy campaign and flyers to increase student participation. The board is also looking into allotting leftover money to fund a trip to attend the Circle of Change Conference in Carson, California later this month and a diversity conference in San Francisco in February. The Senate would have attended multiple conferences this semester, all fully funded by themselves, for themselves. On top of that, the board is also looking to spend $2,000 on shirts and sweaters for the sake of unity, according to Student Senate Vice President Elena DeNecochea.

As students who entrust our money to the hands of our senate members and expect our enrollment fees to aid in the betterment of our environment and community at ARC, it is our responsibility to make sure ASB knows how we want our money spent, and for many of us, it isn’t on expensive conferences and matching sweatshirts for board members.

While the amount of money spent on their own promotion seems excessive, especially post-CAEB elections, it is not totally uncalled for. ASB is a small group looking to fill more roles, including those on the Clubs and Events Board, and badly needs more student representation and participation.

Earlier this semester, a special election facilitated through eServices was held to fill empty spots on the Club and Events Board, as there were no official members of CAEB. Currently, Student Senate President Rebeca Rico-Chavez is the only member serving on CAEB.

Because of their underrepresentation, CAEB is allotted significantly less money than Student Senate when the ASB budget is divided. With no one other than the Student Senate to represent them, clubs on campus have little to no say in their funding or representation unless club representatives continuously attend and participate in CAEB meetings.

Clubs currently run on a points system, in which clubs are awarded points for attendance to CAEB meetings and participation in Club Day. However, club leaders won’t see this money until the end of the academic year. Considering club members and officers may change from semester to semester, this system is unfair to those who are currently in these clubs and making the effort to be involved on campus.

Student Senate should be receiving money to expand and support the campus community, including clubs. It seems that with no CAEB representatives aside from the Student Senate President, the board is able to prioritize its own needs and costs over other campus groups, clubs and areas that need support.

It’s not to say that ASB is not willing to better represent the students’ needs, only that a government that is out of touch cannot solve the problems of its people. The Senate board seems eager to solve the problems that are brought to them.

For example, at a Nov. 2 meeting, the board discussed the number of baby changing tables across campus after someone brought it to their attention that the men’s restrooms do not have any. The board is now looking into how many there are on campus and whether we need more.

ASB is meant to serve the students and the campus. They meet nearly every week but cannot represent an empty room and the campus community can not be better served if the student population does not show up. These meetings are open to public comment and their agenda is available for anyone to review.