Reflection on the burial of Matthew Shepard 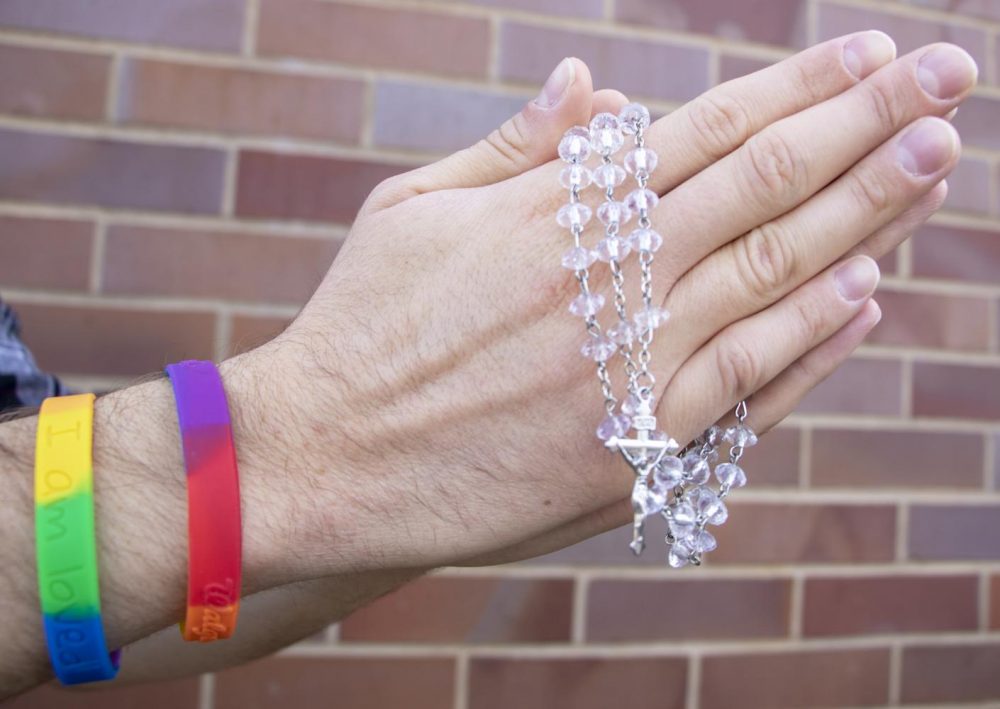 The burial of Matthew Shepard brings awareness and understanding to the existence of LGBTQ+ people of faith. (Photo illustration by Ashley Hayes-Stone)

I am often confronted by those who believe I live a dichotomy as a gay Christian. But I believe the way I live my life is as a coexistence between the way I was born and the way I was raised.

I am an openly gay Christian, who was raised Catholic and influenced by my Episcopal godmother. I am also left captivated, inspired and grieved by the burial of Matthew Shepard, a 21-year-old college student murdered in a hate crime in 1998.

His remains were interred at the Washington National Cathedral on Oct. 26, the 20th anniversary of his death. Until this time, his remains were protected by his parents out of concern that they would be tampered with.

Shepard was found badly beaten and barely breathing, tied to a split-rail fence on a dirt road near Laramie, Wyoming in 1998 — 20 years ago. He spent 18 hours in the near-freezing cold. He died five days later, according to law enforcement reports, and police said his attackers targeted him because he was gay.

The Episcopal Church was always close to Shepard, according to his parents. Other religious organizations, such as the Westboro Baptist Church, tried to cast a cloud of homophobia around his memorial 20 years ago. In contrast, Shepard’s burial at the Washington National Cathedral was in part led by Right Reverend Gene Robinson, the first openly gay man elected a bishop in the Episcopal Church.

I am encouraged by the warmth and love extended by Robinson’s eulogy. I am elated for and brought to tears by the open and welcoming embrace Robinson gave to LGBTQ+ attendees of the church given in his eulogy, which was broadcast on National Public Radio.

“Many of you have been hurt by your own religious communities, and I want to welcome you back,” Robinson said.

This message of compassion and consideration spoke to me on a spiritual level. I have a close, personal relationship with my God, and my Catholic parents are not passive bystanders, but are active allies in the LGBTQ+ community.

When I came out to my Episcopal godmother, she openly embraced me. A lot of queer-identified people don’t want their relationships to change when they come out. My relationship with her changed — but for the better. It strengthened our relationship and brought us closer than ever before.

If you really believe in what God stands for, you have to be open, accepting and compassionate towards others regardless of who they love or how they worship. I believe the real dichotomy lies in those who profess to be Christian, yet act on and spew messages of cruelty and inhumanity.