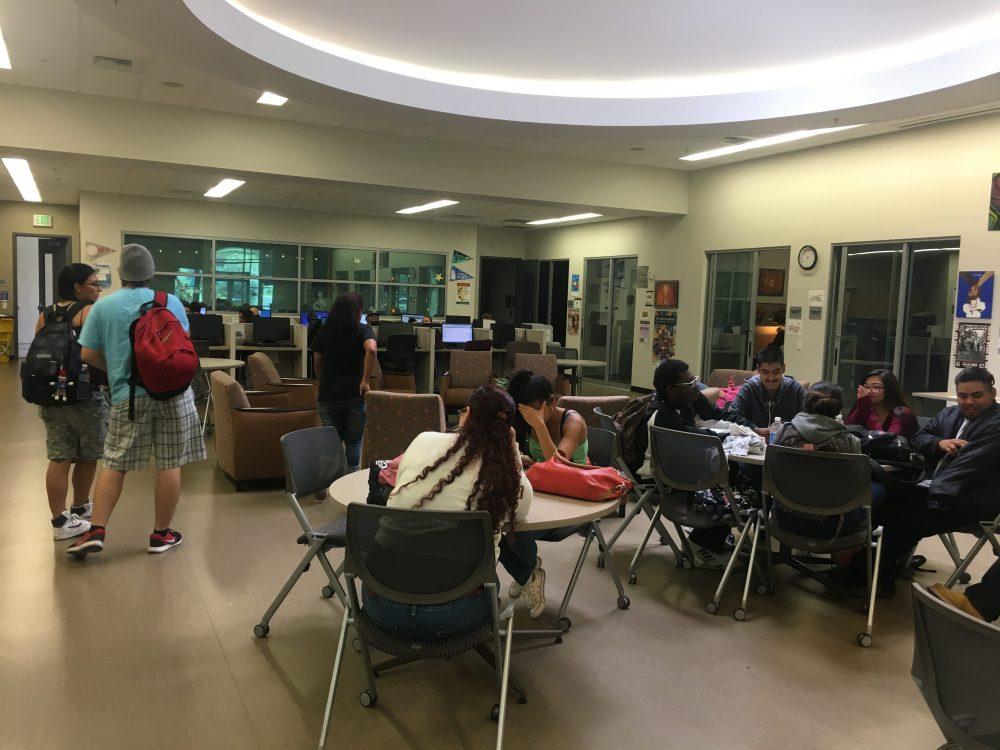 Imagine being alone in a place where there was no one who looked like you or understood your experiences.

Imagine having a conversation with someone who assumed the actions and behaviors of people who looked like you and made predictions about the way you conducted yourself.

Being a person of color in a predominantly “white space” is similar to this.

Author Toni Morrison addresses this very idea of oppression and loneliness that comes with being racially stereotyped in her first novel entitled “The Bluest Eye.”

In her novel, the main character Pecola is “(the) little black girl who want(s) to rise up out of her pit of her blackness and see the world with blue eyes.”

The idea of “colorblindness” doesn’t exist. No matter how progressive and accepting a person is, they will see color.

Recognizing color, or rather, race and ethnicity, is being consciously aware of the social injustices and stereotypes that people of color experience.

American River College student Alyssa Senna said “I feel like there’s a stereotype for all people of color and that’s how white people see us.”

“White spaces” are places where white people are usually the majority.

Senna said, “Being in predominantly white spaces, I just feel like I don’t belong. When I would go to (my friends’) houses I was just known as the Mexican friend. I fit in more with (people of color) so that’s who I surround myself with.”

ARC student Preet Kaur said, “Sometimes I feel uncomfortable being around (white people) like I’m not worthy. I remember being in highschool and (white people) laughing at me because I didn’t know how to pronounce some of the words.”

The stigma of being a person of color in predominantly white spaces has the same level of intensity for mixed people.

“I feel almost like an alien at times,” said ARC student, Sade Butler, “because I’m black, white, and Filipino and I’m of a medium complexion, (so) a lot of people don’t see me as a person of color.”

Mixed people typically experience more privilege, referred to as “passing”, than non-mixed people of color, except in predominantly “white spaces.”

Her mother felt that her “passing” as white would give her better opportunities that she wouldn’t have as a black woman.

Conversely, people of mixed race are obviously not white, but also not “enough” of their non-white ethnicity is accepted into that community.

“In high school I would hear someone say something really racist but it would be really hard for me to comment because people would say ‘you’re not really black, so why do you care?’” said Butler.

“I don’t experience as much racial backlash from people because I’m mixed,” said Butler. “But I know no matter what, I’m not gonna be seen as a white person in anyone’s eyes so I am predisposed to racism and judgement.”

Stereotypes and judgement cloud a person’s perception of an entire group of people, but the greatest issue is that people are unaware of their own perception.

“For Latinos I feel like we’re looked at as people who would be in gangs, not graduate high school, and have kids at a really young age,” said Senna.

White people have the advantage of their actions not negatively affecting public perception of their race, unlike people of color.

“It’s really hard for my dad to be himself because he’s an American Sikh. After 9/11 he replaced his turban with a simple football logo hat at work because he didn’t want a white person to mistake him for a terrorist,” said Kaur.

The first step in tackling this issue is simple – it’s time to admit that there is a problem.

Exposing yourself to works of art, such as Morrison’s, that delve into the struggle that people of color go through when dealing with racial inequality, can contribute to educating those who are white and privileged to try and empathize with minorities and oppressed peoples.