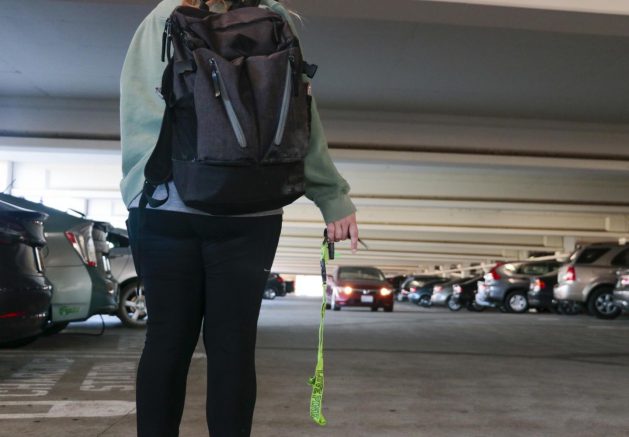 American River College campus has been facing constant problems with hit-and- run incidents, since the beginning of the spring semester, five incidents have already happened at the parking lot structure and also at the parking lot D area. (Photo illustration by Emily Mello)

Since the beginning of the spring semester, there have been five hit-and-run incidents in the American River College parking structure and one hit and run in Parking Lot D, according to the Los Rios Community College police department’s crime log.

On Jan. 23, for example, Kelly D’Amico, small business management major was involved in a collision with an unknown driver, assumingly an ARC student. The collision occurred at College Oak Road near the entrance to the ARC parking garage, resulting in no injuries but substantial damage to both vehicles.

D’Amico said the vehicle pulled in front of her and she abruptly slammed on her brakes, which caused the rear-end collision.

“We got out of our cars and acknowledged each other, at that point I saw she had [also] hit the person in front of her,” D’Amico said. “His car didn’t have any damage so she told him he could just go, which isn’t what you’re supposed to do.”

The two were supposed to pull over to collect insurance information and wait for the authorities but instead D’Amico said the second driver fled the scene and into the parking garage.

“The woman I hit then sped up to the light and got about three cars ahead of me and went straight into the parking garage,” D’Amico said. “I wasn’t going to go in there and try to find her so I went to the staff parking lot to wait for the police.”

She said she did not pursue the driver and waited for authorities.

Because the accident didn’t occur directly on ARC property, D’Amico said she reached out to the Sacramento Police Department, who dispatched the incident to the California Highway Patrol.

The Los Rios Community College police department’s ARC crime log states three of the five reported hit-and-run incidents in the parking structure happened between 8.a.m and 9.a.m The time of D’Amico’s incident was also between the same time frame.

Students who park in the garage or the parking lots must, according to California law, adhere to all posted statues of speed. There are noticeable signs posted at the entrance of the parking structure and throughout parking areas stating the maximum limit of speed at 5 mph.

In an email to the Current, Chris Day, captain of the ARC police department, shared some measures the school has put in place to reduce such violations.

“[There’s been] an increase in patrol from officers and campus patrol in addition to the security camera coverage already in place,” Day wrote.

“It is a vehicle code infraction and the fines can vary,” Day wrote, explaining the penalties for violating speed laws in the garage and on campus.

According to Day, Los Rios police officers are available during peak hours to patrol the garage.

Day said that speed bumps affect the posted height requirement list in the structure. No LED lights are scheduled at this time, but Day said he would pass the idea to campus operations as a suggestion.

If anyone on campus witnesses an infraction and wants to report it, contact the LRPD Dispatch at (916) 558-2221.

Clifton Bullock is in both his first semester at American River College and his first semester writing for the Current. He is a journalism major and hopes to obtain an associate degree from De Anza College before acquiring his bachelor's degree in political science/journalism from California State University, Sacramento. As a U.S. Navy veteran and a published author, Bullock aspires to join the Pew Research Center in Washington D.C. for the next leg of his career.