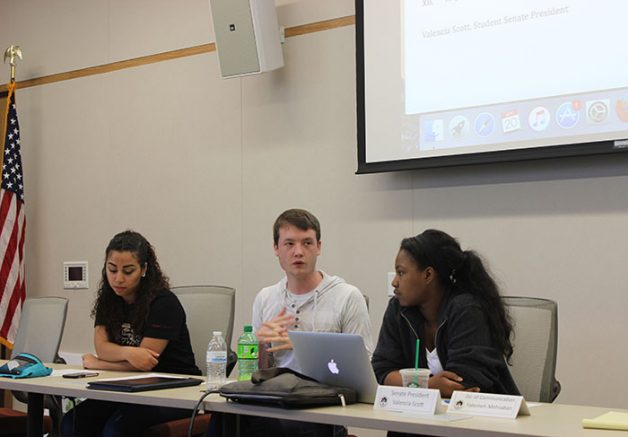 The Student Senate passed a bill to allocate $3,000 to pay for its Associated Student Body End of the Year celebration at its meeting on Thursday.

“What would you guys like the End of the Year celebration to look like?” Student Senate President Valencia Scott asked the board at the start of the meeting.

CAEB President Justin Nicholson responded that he would like the celebration to have a lot of food to bring people together.

“Not because, you know, eating and we’re all starving college students, but because I think that’s a way to bring people together and to incentivize participation,” Nicholson said.

On April 4 and 5, the Associated Student Body held elections via eServices and students voted in their new student leaders.

An email from Student Senate Advisor Juan Blanco provided to The Current said dates for fall special elections and appointments for vacation positions will be determined during the summer.

A resolution to discuss and potentially urge the Los Rios Community College District and campus administration to offer a district-wide leadership class for ASB members failed to pass by a two to four vote.
The board unanimously passed a bill allocating $360 to help the Psi Beta Club attend the Western Psychological Association Conference and present its 2015-2016 research project findings.