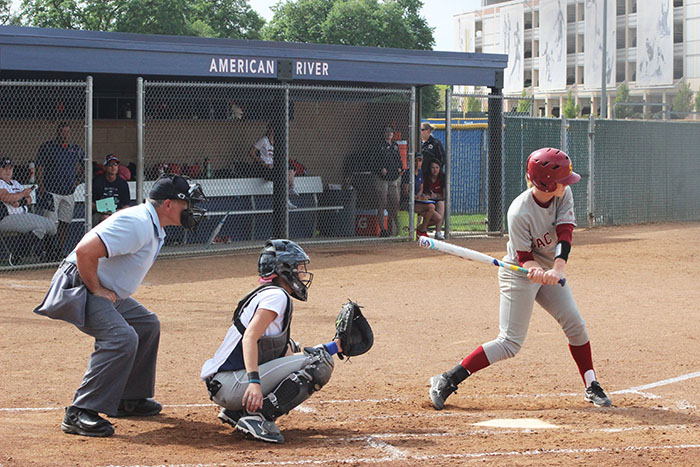 Sac City was the first to score in the second inning with two home runs.

ARC struggled getting on base until the fifth inning when they got their first home run. The run was hit by infielder Katerine Vail and infielder Sierra Cryderman ran in.

It wasn’t until the sixth inning that ARC scored again. That wasn’t the case for Sac City.

Sac City scored three home runs in the fifth inning, but the game was basically over in the sixth when Sac City Catcher/Infielder Ashley Adamson scored a grand slam, sending all bases in and scoring 4 home runs.

With team injuries still plaguing the team, ARC had one pitcher for the entirety of the game, Haley Dosher.

Players praised Dosher saying that she was the strength of the team for the game.Catcher /Outfielder Alexis Logan said that because Dosher is the only pitcher that they’d have to pull through for her for the next game.

The players said that the main problem besides the injuries was the lack of focus the team had during the game. Vail said that they could improve by “getting their heads in the game.”

ARC infielder Hope Ferri said the team would have to stay positive for the next game, and they would have to use more communication on the field.

ARC coach Lisa Delgado said because of the injuries the team wasn’t mentally ready. “We showed up flat today,” she said.
Delgado said they could improve by getting more focused in the game. “It’s a game of mental toughness,” she said, and “You’re going to fail more than you succeed.”

ARC will be playing Sierra College at Sierra for a double header at noon, and 2 p.m.