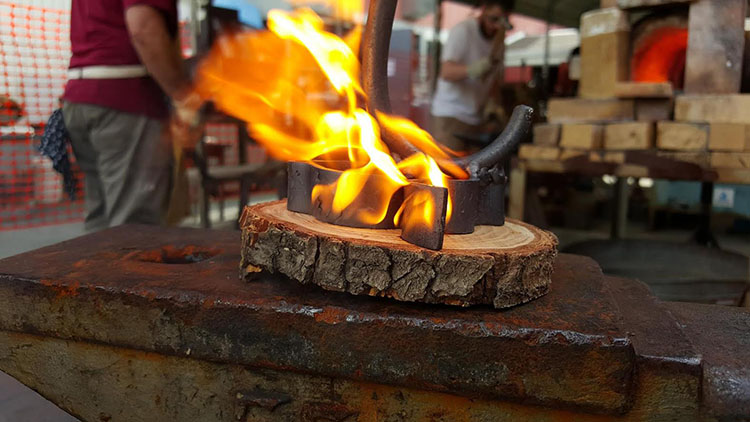 The Green Office Acorn Award's were cut up into smaller pieces and branded with the same symbol. Printing services supervisor, Don Reid, is the one who brought the idea of this rewards system to ARC. (Photo courtesy of Don Reid)

The American River College printing services department is heading up a directive to reward different departments around campus for being ecologically friendly.

He is in charge of implementing the 75 percent diversion rate by the year 2020, as established by Assembly Bill 341.

This means that three-fourths of everything collected will be separated amongst the recycle bins, the food waste bins, the cardboard bins and the grass/tree trimming bins instead of the garbage (landfill) cans.

He originally came up with the idea of an awards system after researching different colleges’ eco-sustainability efforts, specifically Harvard University’s program.

This is where the idea of the Acorn Award was born.

The awards currently work on a system of levels. Right now there are only two levels, but Reid is working with his council to add two more to encourage more eco-sustainability.

Departments that want to receive the award have to gather 75 percent of their faculties’ signatures to prove that it will be a group effort.

On top of that, each department wanting to apply for the award must meet certain eco-friendly criteria in order to receive an Acorn.

The acorns were made from a tree branch that fell outside of the printing department.

“It (the branch) was probably in here for two years before I was able to get a saw and cut things into slices, so there’s a basket that has what’s left,” Reid said.

The branch was cut up into smaller pieces and then branded with the image of an acorn by use of a hot iron.

Currently there are 17 departments signed up, with 12 at level one and five at level two.

As departments ‘level up,’ so do the expectations and responsibilities that come with being eco- friendly.

Departments are started off with easy and simple things that can be done to help out. Some of the requirements include turning off lights, separating recyclables from non-recyclables and other manageable tasks.

“To receive certification, please submit the final page of a level’s checklist, containing the signatures of at least 75% of office members, including the office head, faculty advisor or program director,” Reid said.

Reid said by signing up for this program, ARC can collectively work toward reaching a higher diversion rate, like the University of California campuses.