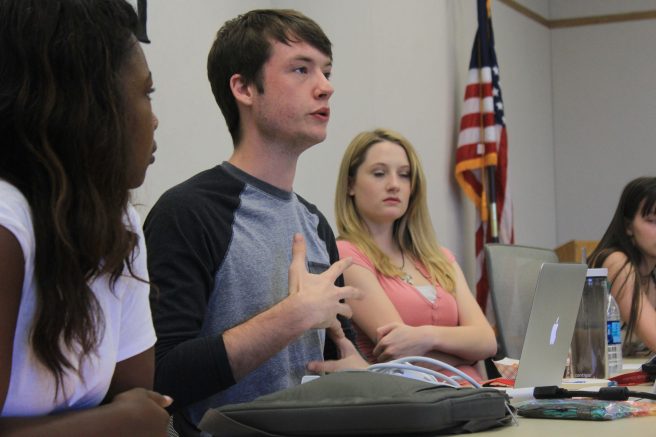 The American River College Associated Student Body Clubs and Events Board (CAEB) began planning for a monster themed Club Day at their meeting on Tuesday.

Other themes such as “Freak Show” and “House of Horrors” were not approved by CAEB because their main subject matter involved gore and human deformities.

The “Murder Mystery Dinner” was approved with no objections.

“It’s absolutely a comedy not a tragedy, it’s going to be very … like a slapstick comedy like clue for example,” said CAEB President Justin Nicholson

CAEB Advisor Juan Blanco did not want a character death scene for the murder mystery party.

Nicholson had concerns that the event would not be able to get off the ground if only he, Stedman and Director of Activities Ashlee Nicholson were involved.

Scott mentioned that having incentive points for that specific club should be considered.

“I can think I can make something passable story wise,” Nicholson said.

The Murder Mystery Dinner will not be set up until next semester.

However, the Film Festival was postponed for next CAEB meeting due to difficulties on who would take reign for the project.

“If Student Senate wants to they can,” said Nicholson

Nicholson said that if Senate could not take over the duties of the Film Festival then CAEB in an upcoming meeting would discuss the matter.