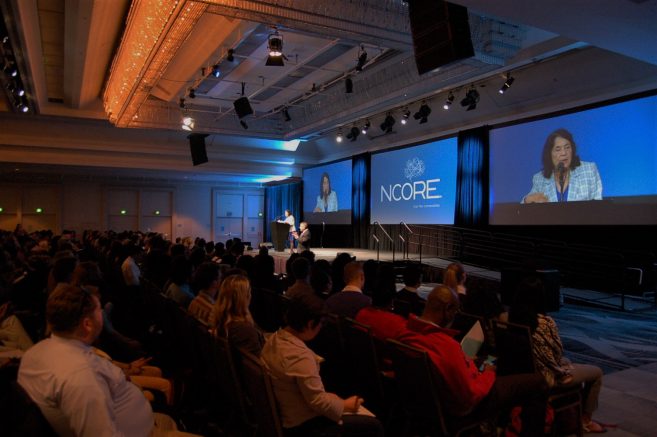 NCORE attendees watch from their seats in the ballroom as labor leader Dolores Huerta gives her keynote speech on June 1, 2016. Huerta spoke at the conference in San Francisco about the importance of education. (Photo by Hannah Darden)

The first two days of the conference, May 31 and June 1, bustled with registration, full-day workshop sessions and two keynote speeches, and American River College students and faculty held a panel session.

A delegation of more than a dozen students and faculty from the Los Rios Community College district were in attendance at the conference, representing all four Los Rios colleges.

Now in its 29th year, NCORE, organized by the University of Oklahoma, welcomed 2,597 registered attendees, 567 presenters and five keynote speakers to the conference.

The conference hosted 257 total sessions and workshops over five days.

The first day of the conference began with registration and 26 “Pre-Conference Institute Sessions,” seven-hour specialized, in-depth discussion and study sessions.

The workshops ranged widely in topic, and included sessions like “Women of the Academy Transforming Systems of Race, Power, and Privilege” and “How White Supremacy, White Privilege, and Other Forms of Oppression Undermine Best Intentions.”

Pre-conference registrants also attended a luncheon during the hour break between the first and second half of their workshops.

The first day of the conference concluded with a keynote speech from University of Pennsylvania professor and author Shaun Harper. 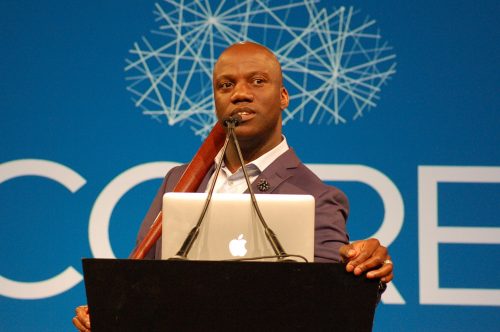 Harper was recently named one of Education Week’s 12 most influential professors in the field of education for 2016, and serves as executive director for the Center for the Study of Race and Equity in Education.

Harper framed his keynote speech, on institutionalized racism in higher education and lies told by the educational system to people of color, around Beyonce’s visual album “Lemonade,” which was released in April.

Harper connected lyrics from “Lemonade” to instances of racism at colleges and universities across the nation.

“Why do we love these white schools so much, when they don’t love us back?” Harper said.

Harper said that “we need coalition” and that progress is much simpler when marginalized groups come together.

He ended his speech by quoting Beyonce, saying “we need to get in formation and slay all day.”

In a post-speech interview with the Current, Harper said that his speech applied not only to four-year institutions with a majority of white students, but also to more diverse two-year campuses like American River College.

“Even at racially diverse colleges, be they two-year or four-year colleges, they’re still fashioned in a white frame of higher education, meaning that this exclusive framework for what a college or university should be is rooted in whiteness,” said Harper.

“He was very interesting, of course, especially the way that he presented himself,” said Thomas. “It’s beyond words to say what I learned. … He’s one of the best speakers I’ve ever seen.”

The second day of the conference, June 1, brought civil rights activist and labor leader Dolores Huerta to give a keynote speech.

Huerta’s speech focused on education as the “new civil rights movement” and the importance of teachers and educators. 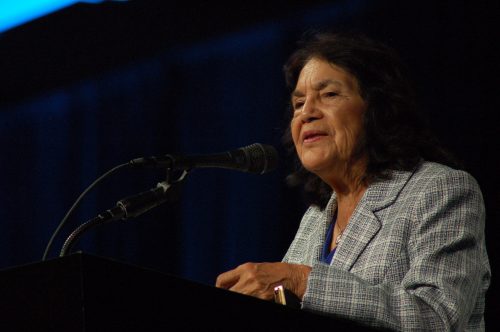 Labor leader and civil rights activist Dolores Huerta gives her keynote speech at NCORE on June 1, 2016. Huerta was one of five keynote speakers at the conference last week in San Francisco. (Photo by Hannah Darden)

“Teachers are one of the most powerful forces in the United States of America,” said Huerta. “… You are the ones who can bring some sanity, some clarity.”

The second day of the conference also brought ARC students and faculty to participate in a panel led by ARC sociology professor Pamela Chao.

NCORE attendees at the “Mixed Asian Heritage” panel session, including current and former ARC students, participate in an exercise designed to connect their minds to their bodies on June 1, 2016. The session was one of more than 250 offered at the conference in San Francisco last week. (Photo by Hannah Darden)

The panelists each shared their personal identities as people of mixed Asian heritage, and discussed the importance of intersectionality when exploring multi-racial ethnic identity.

“I think ARC was really represented on this panel,” said Chao. “Students, former students, some faculty. And I’m just really, really proud of how the students performed. … I think they learned more about themselves.

“They were risking a lot being vulnerable,” said Chao.
The evening of the panel, hundreds of participants attended a dinner cruise on the San Francisco bay, hosted by NCORE.

Students among 84 arrested during Clark demonstration

Be the first to comment on "NCORE welcomes students, faculty to annual conference on race"