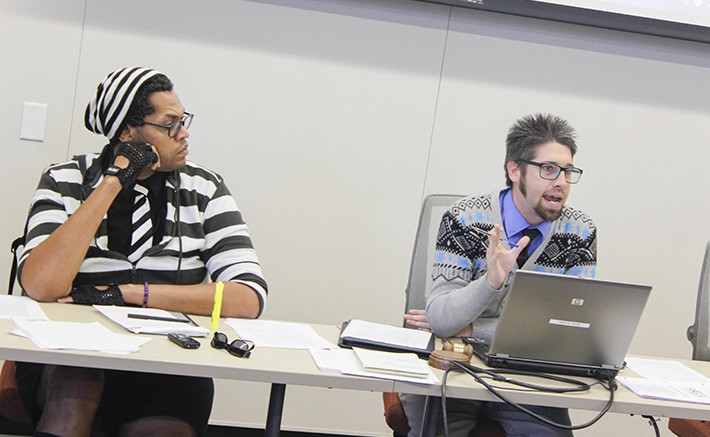 Associated Student Body Student Senate President David Hylton will not be recalled from his position. It was announced, prior to the Senate meeting Thursday, that although 72 percent of the students who voted wanted to recall him, the required amount of 75 percent was not met.

Hylton, who became acting president after Student Senate President Garrett Kegel and Vice President Sam Kinsey abruptly resigned at the end of September, had come under fire due to comments questioning the conduct of Israel and supporting Student Trustee Cameron Weaver, who said he was “skeptical” of the Holocaust.

Hylton declined to comment unless questions were emailed to him before hand.

Of the 241 students who voted, 173 voted in favor of the recall and 68 voted against, according to the Center for Leadership and Development.

The board approved a resolution that calls for the Student Senate president to give a monthly address that will provide ARC students with updates on the work that ASB is doing.

Bills of $3,000 and $2,000 were approved by the board to fund a donation to the Student Senate for California Community Colleges (SSCCC) and travel reimbursements for board members traveling to and from advocacy events.

“We’ve donated money to the SSCCC in the past,” said Sen. Tamara Dunning. “The money donated here will be earmarked for the parliamentary procedures exams to take place at GA (General Assembly).”

General Assembly is a conference put on by SSCCC for Student Senates in California and it is set of the weekend of Nov. 14.

A third bill was made a consent action item and approved $150 to buy microwave covers for the microwave in the Student Center.

A resolution was presented to the board to encourage Disabled Student Programs and Services (DSPS) to provide American Sign Language (ASL) interpreters for every event on campus instead of waiting for students to request them.

Dunning called for the resolution to be removed from the agenda because it “isn’t something the Senate can do.”

Director of Legislative Affairs Laurie Jones, who authored the resolution, claimed that she was just calling for there to be more interpreters at school events, not intending to spearhead the entire operation.

“I know that there are interpreters at graduation and I thought we could make them available at things like candidate forums too,” said Jones. “If a deaf student was walking by and saw that, they may feel more represented.”

The board also begin voting on how they want the ARC delegate to vote on resolutions that will be presented at GA. The ARC delegate is Director of Legislative Affairs Laurie Jones.

The board voted yes on the four resolutions that they were able to get to out of the 38 that are being presented at GA.

Although the board voted yes on the resolutions, several board members repeatedly abstained from voting.

Hylton was not pleased with the constant abstention of board members.

“You’re not using the discussion time properly,” said Hylton. “That is when you ask questions to better understand what we’re talking about and be able to vote yes or no and not have to abstain.”

The resolutions were to mandate for the SSCCC to put on March in March, in support of the America’s College Promise Act, to encourage for all California community colleges to improve or implement a student learning center and to endorse funding post-secondary education for foster children.

Letter to the editor: The Current is ‘failing miserably’ at reporting the recall election