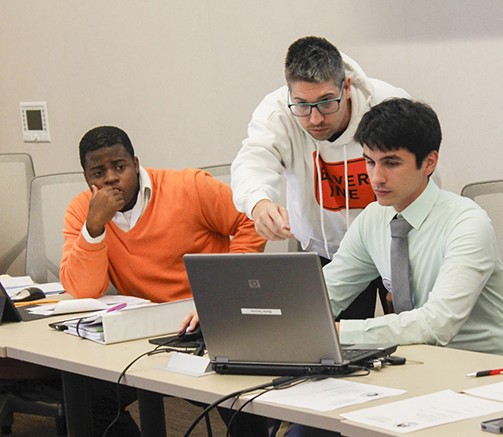 The Student Senate discussed a resolution that responds to the 138 reported crimes on campus between January and March 2015.

The resolution calls for education on crime and sexual assault prevention, the implementation of more technology and increased collaboration between ASB and the administration.

“This is the first step to take to improving safety on campus,” said former Student Senate President Garrett Kegel. “We need more cameras on campus and to implement an improved safety plan.”

Sergeant Mike Olson of the Los Rios Police Department attended both the Senate and Clubs and Events Board meetings during the past two weeks to discuss concerns students have over safety on campus.

“We’ve received a lot of concern about safety following the Sac City shooting,” said Sgt. Olson. “We’re available to talk at all times. Whether you need to schedule a time to talk to us or you want us to talk during a meeting like this one, we’re here.”

Then-Director of Finance David Hylton has come under criticism for his word choice while questioning funding for a proposed equality center.

Former President Kegel made remarks at the Sept. 22 meeting of the Senate that Hylton said were directed at him, although Kegel did not mention Hylton’s name.

“I find it offensive that I’m being reprimanded for using that word in the proper usage,” said Hylton.

Kegel and Hylton declined to comment on what exact word it was that Hylton was referring to.

Kegel did say that he was “not directing my comments directly at David (Hylton), but at the board as a whole.”

Tamara Dunning, who acted as ASB Student Senate president last year, returned to the board as a senator. She said that Kegel asked her to come back.

CAEB appointed three new board members during their Sept. 15 meeting.

Student senators Laurie Jones and James Cortwight were appointed to the CAEB board as whip and commissioner of finance, respectively.

Be the first to comment on "ASB Notebook: Boards discuss campus safety"