Board of Trustees: Holocaust comments ‘abhorrent’ 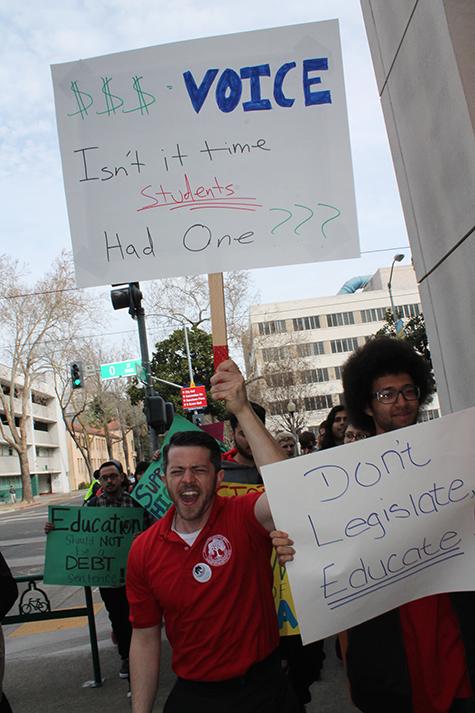 The president of the Los Rios Board of Trustees denounced the comments of Student Trustee Cameron Weaver regarding the Holocaust Saturday, calling them “troubling, misguided and abhorrent.”

Dustin Johnson said Weaver’s comments were “contrary to established historic and scientific facts,” and “abhorrent to the views and values of the 7 publicly elected members of the Board of Trustees” in an email to the Current.

During a 55-minute sit-down interview with the Current, Weaver made comments casting doubt on whether or not the Holocaust took place. He also questioned who was responsible for the Sept. 11, 2001 attacks and said that the Food and Drug Administration may be covering up a link between antidepressants and high-profile shooters.
Dear Mr. Ferrannini,

Thank you for your email concerning recent comments by Cameron Weaver, our student trustee. I attempted to contact Mr. Weaver by phone this morning, but was not able to reach him to discuss the comments with him personally.

Neither the board nor the administration agree with the statements that Mr. Weaver made to the Current.

The comments you relayed in your email and the quotes in the article published last night on the Current’s website are contrary to established historic and scientific facts. Mr. Weaver’s statements are troubling, misguided and abhorrent to the views and values of the 7 publicly elected members of the Board of Trustees.