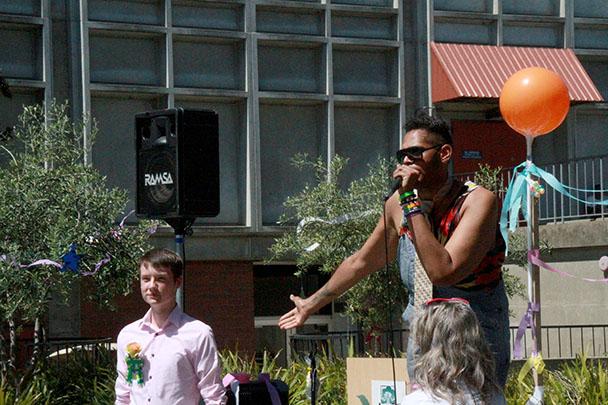 Update April 20, 2015, 1:26 p.m.: This post had been updated to include quotes by David Hylton, who ran against Garrett Kegel for ASB Student Senate President.

Update April 17, 2015, 3:17 p.m.: This post had been updated to include quotes by Cameron Weaver and Laurie Jones, candidates for Los Rios Student Trustee. A sentence was added to clarify the community that Justin Nicholson said Garrett Kegel supported.

Kegel made an emphasis on the importance of direct student participation.

“We need to increase involvement in student government in general,” Kegel said. “We need to fill the entire board, and those senators sitting on the board need to be heavily involved in outreach, and getting students to be more involved.”

Hylton said that he doesn’t feel that the school population was properly represented considering that only three percent of the student body participated in the election.

Hylton said that he’s looking to come back next semester as director of finance. He said events this year such as the March in March and the Valor Games were wasteful spending.

“I am not saying we shouldnt of spent that much on our Veterans but we should have gotten more bang for the buck,” said Hylton via a Facebook message.

“I can’t wait to get in office and do what I said what I will do when I got here,” Kinsey said.

Nicholson said that he is happy for Kegel for being elected ASB Senate president.

“He took the time to support a community that I feel strong for,” Nicholson said.

Jones said that Kegel told her that there is always a spot for her on the Senate.

“I would really like to go for director of legislative affairs, because that is what what I wanted to do this year, but Tami (Dunning) asked me to run for director of finance, so she could have a full slate, and it worked really well, because I was available a lot,” Jones said.

621 votes were turned in during the election.

Jones said that many students on campus did not know that there was an election on campus.

“In the campaigns,  on most of the campuses, the banners were fairly hidden,” Jones said.  “Ours were stuck into the liberal arts and science breezeway.”

Editorial: The leaders we deserve