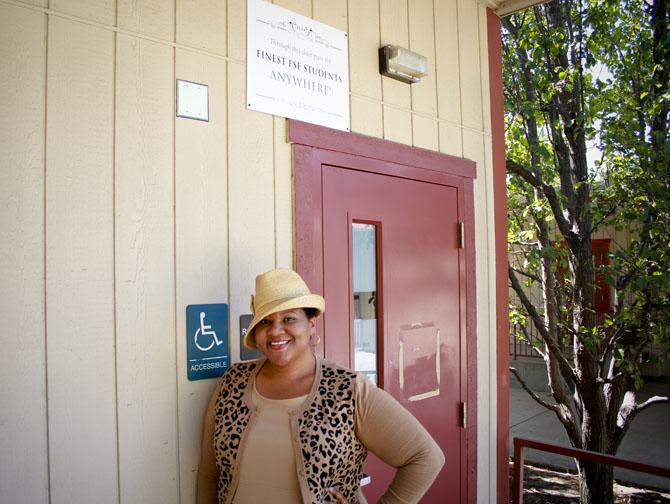 Many students at American River College begin their day with breakfast and some exercise. But most don’t wake up at 4:30 a.m. to drive a 99.1 mile commute to come to school.

“There are only two schools on the West Coast offering a mortuary science degree: ARC and Cypress,” Fisher said. “Upon visiting both and weighing out the programs, amenities, and opportunities, the choice was clear: ARC was for me.”

Fisher’s family was involved in the mortuary science program at San Francisco City College for many years before it closed.

“Around 2000 the San Francisco College of Mortuary Science announced that it would no longer function as an educational institution,” said Damon de la Cruz, department chair of Funeral Services at ARC. “Faculty and administrators at American River College anticipated a need for a funeral service education program for students in the Northern California region and adjoining states.”

“In roughly ten years the program has grown to attract future practitioners at the statewide, national and even international level,” he added.

Fisher has wanted to be involved in funeral services since she was a child.

Fisher says she sometimes spends the night in Sacramento during the week, but her residence is in San Francisco.

Fisher was elected last spring to the office of ASB Student Senate Vice President. She decided to get involved in ASB after several encounters with school officials, such as former school interim President Pam Walker.

“Last semester I became very ill on campus, while walking through the administration building I was stopped by a woman who asked if she could get me a bottle of water and help me,” Fisher said. “After grabbing a bottle of water, she walked with me and sat me down under a shady tree and told me ‘I’m going to check on you. I can see you from my office. If you want anything just tell me.’”

“She made me feel cared for, like an individual,” she added.

De la Cruz said that in the time he’s known Fisher, she has displayed the qualities of a student leader.

“Leslie Fisher is a person who is dedicated to her course work,” he said. “She has natural leadership qualities, these are reflected in her involvement with the Funeral Service Education Fraternity, Sigma Phi Sigma, and the Associated Student Body.”