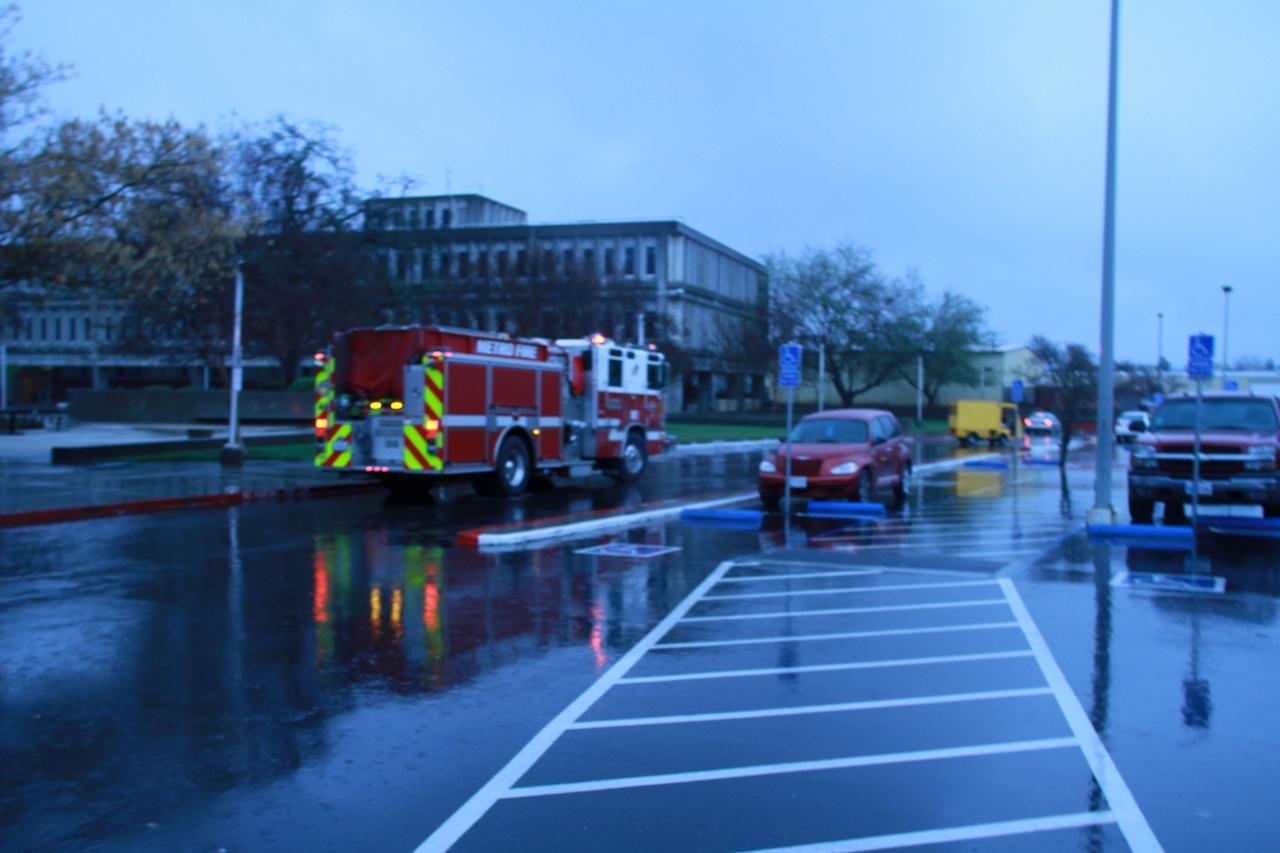 By John Ferrannini and Thalia Avila

An alarm went off at approximately 3:15 p.m. Friday sending students rushing out of their classes in the Learning Resource Center and into the pouring rain.

“The alarms went off and everybody got out of the building and then I saw all the students come out of all the buildings,” said speech pathology major Stephanie Miranda, who was in the LRC at the time of the alarm.

“I called 911. I couldn’t even hear them. They couldn’t hear me because of all the sounds from the alarm so they said they’d send someone over and they came pretty quick but I could’ve sworn two girls said they smelled smoke, but they couldn’t see it. It’s a good thing that didn’t happen during the week,” she said.

The fire department arrived at the scene and allowed the students back in their classrooms at approximately 3:45 p.m.

The fire department had no comment on the matter.

The Current will update as more information becomes available.

Fierce: CAEB President’s transgender comment “should not have been said”

Women’s basketball flops in final game of the season