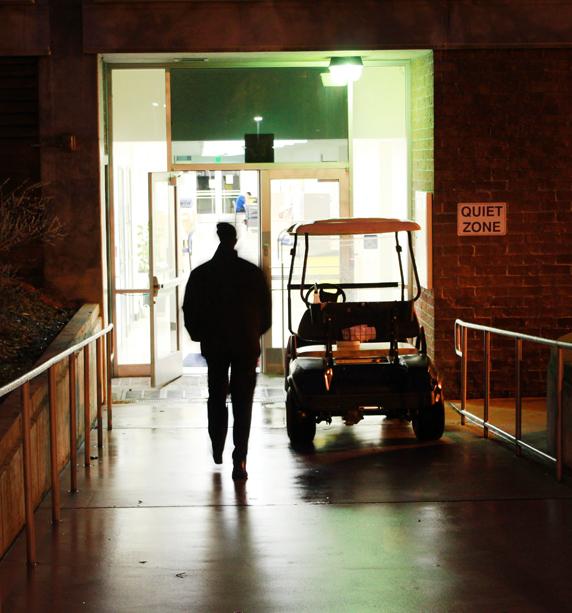 At approximately 6 p.m. on Monday night, a student who is confined to a wheelchair had their iPad stolen by a man near the basement floor of the American River College library. (Photo by Emily K. Rabasto)

A student confined to a wheelchair had his iPad stolen from him by a male that approached him on a bike Monday afternoon in the American River College library basement floor.

According to Los Rios Police Department, the suspect asked the student for the time and when the student looked at his iPad to try to communicate with him snatched the student’s iPad.

The suspect then fled towards the technical education area but Los Rios police were unable to find him.  The suspect is described as a black man having a thin build, close to 5 feet 8 inches tall, with a beard/goatee and was wearing a black sweatshirt and black jeans.

Students who have any information are encouraged to contact the police department.

The incident is considered a felony theft under the California penal code 211 that describes a felonious robbery as “taking of personal property in the possession of another, from his person or immediate presence, and against his will, accomplished by means of force or fear.”

The Los Rios Police Department also sent out an email to students Tuesday afternoon informing them of this theft, with a list of safety tips to prevent stolen property.

Follow the ARCurrent.com for more updates on the story.

Jim Barr, a research pioneer at ARC passed away at 70