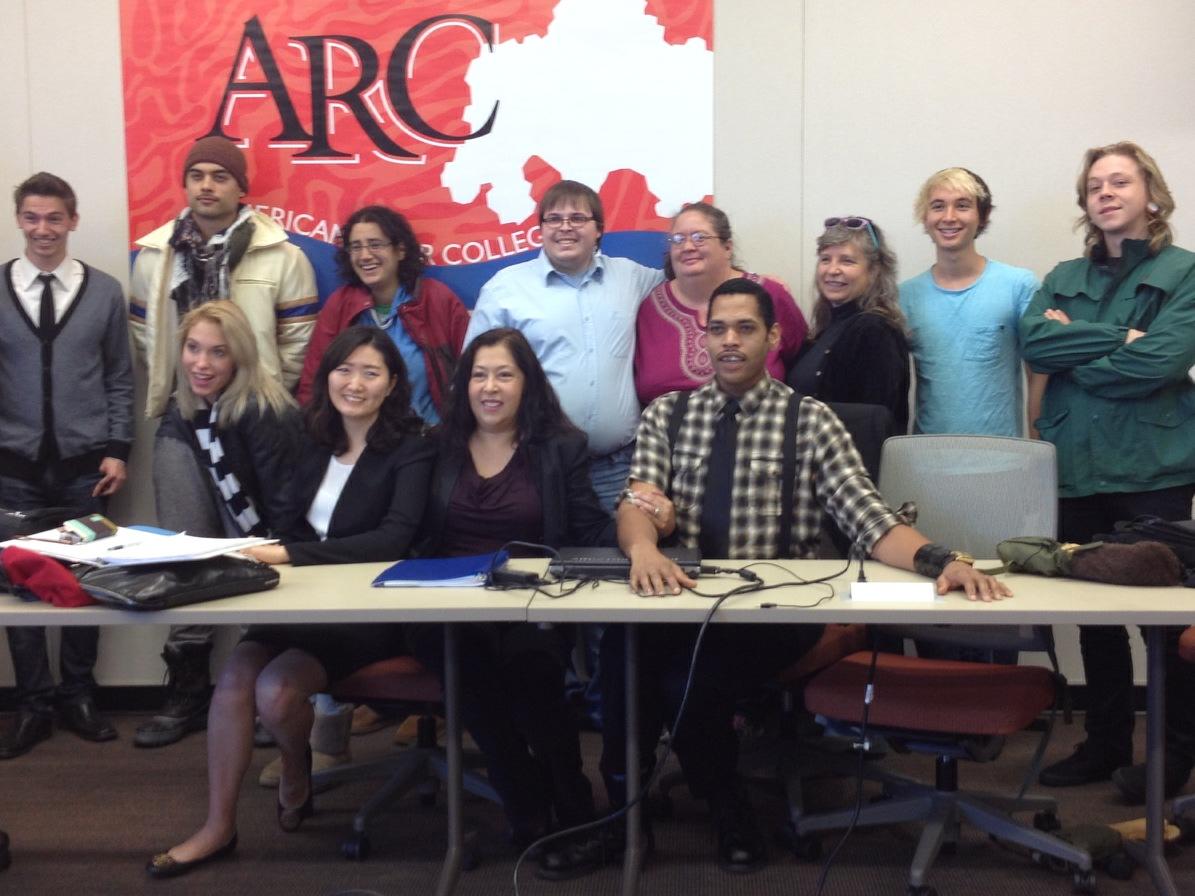 The Associated Student Body Student Senate meeting on Thursday included the swearing in of the newly elected president, vice president and senators.

During the adviser’s message, Tanika Byrd directed her message to the board that they had to turn in the completed minutes by the next meeting, since they are missing so many. This year the board has only approved and posted minutes online for one meeting on Oct. 3.

In the public portion of the meeting, former student senate President Quierra Robey advised the board to remove Jorge Riley for illegal conduct, but no action was taken by the board members to do so.

Kenneth Hinton – new ASB president – was the first to be sworn in by Byrd before taking his seat among the board.

Soon after, Hinton’s campaign partner, Tami Dunning, was sworn in and she proceeded to take her seat on the board as well.

The four elected senators and two previously appointed senators recited the oath together.

After a round of applause and celebratory photo-op, the meeting was adjourned.

Jorge Riley was not present at this meeting. While a few of the members gathered around outside the meeting room after the meeting, he told them that he didn’t know there was a meeting because he hadn’t received the agenda.

The agenda was sent out via email by Byrd, to most of the members, but not all – including Riley.