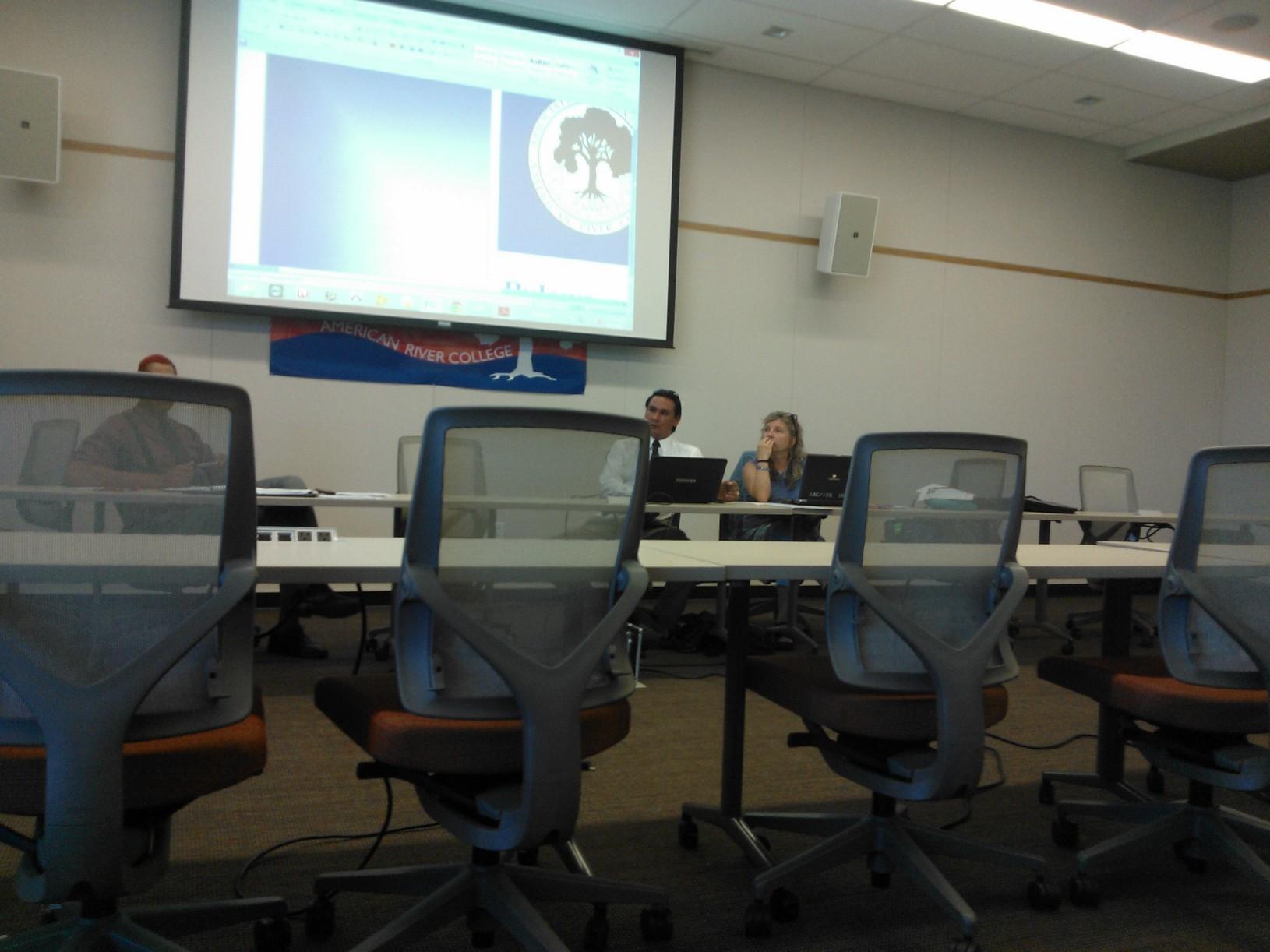 Acting ASB President Jorge Riley and ASB Senator Laurie Jones listen to members of the public during the first meeting of the semester.

The American River College Associated Student Body has had an eventful start to the fall semester, and the Thursday morning senate meeting was no exception. Disagreement and confusion among members of the board and students brought the meeting to an early close.

Some of the ASB’s most prominent issues thus far include the resignation of elected president Tyrone Robinson and the drop in its annual budget. In this meeting, the standout concern was the process in which to fill the vacant seat, as some students disapprove of acting president Jorge Riley.

Emotions ran high during the public comment portion of the meeting. The 15 minutes allotted proved insufficient as many were present to voice their concerns. Students commented on their concerns that acting ASB president Riley would be appointed the seat of presidency without any official and publicized special election.

Last year’s ASB senate president Quierra Robey spoke during the time designated for public comments and encouraged this board to have a special election as soon as possible.

“Your students deserve a student senate president, not an acting president,” Robey said.

In order to fill the vacancy for president the first things the board must do is finish and approve the bylaws. That will determine whether or not they will hold a special election or just an appointment by succession. As Tanika Byrd, the student life supervisor said, “Senate does not have bylaws at the moment and that governs how to go about electing the new president.”

Tami Dunning, a legal assistant major who was part of today’s audience, expressed her interest in running against Riley for ASB senate president in the case of a special election.

“I’m all for a special election,” Riley said to Dunning.

It seems acting president Riley’s stance has changed recently. In a meeting with The Current earlier in the week he spoke in favor of forgoing the special election.

“I hope they don’t try to have a special election and just let me deal with this problem, because we don’t really even have the budget,” he said. “Not that I don’t think I would win, but I think it would be a real waste of money.”