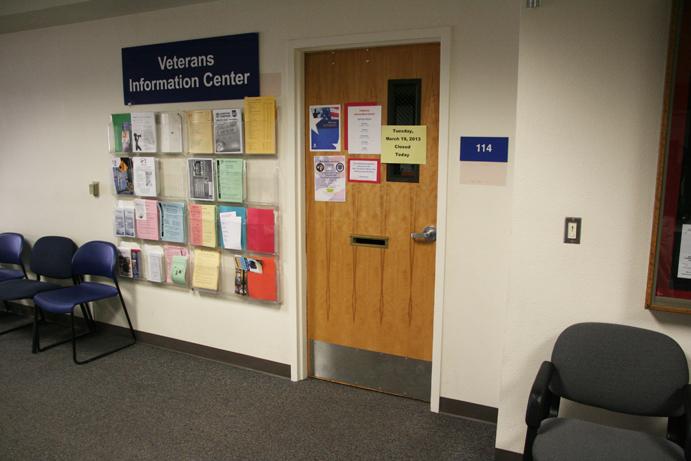 U.S. Military veterans transitioning back into civilian life can find things difficult upon their return. Fortunately for veterans, there are programs to help them. Along with American River College, campuses across the nation have re-entry centers and clubs to help make the transition into college from the military a little easier.

People like Kolleen Ostgaard, the supervisor of the Veterans Center, and Daniel Ayers, the president of the ARC Association of Student Veterans, make this happen on our campus. However, for the Veterans Center, things have been changing, and it’s not as easy as it seems to keep these things running.

There is a serious shortage of help over at the Veterans center at the moment. “Right now we have one student by the name of Shiloh Hillman, he’s a Veteran, he worked there last semester, and he’s in there right now”.

According to Ostegaard, Hillman only works around 10 hours a week due to other commitments.

The Veterans Information Center was previously run by the counseling center, buthas recenty been taken over by Ostergaard.

Budget cuts are a big reason as to why things have been changing the way they are, and, unfortunately, there isn’t much Ostergaard, or anyone else for that matter, can do about it.

The Veterans Information Center used to be the Re-entry Center as well, but it was closed at the beginning of the semester when they were trying to shut down the re-entry portion due to budget cuts.

“When we re-opened as the Veterans Information Center, we had to restructure it a bit, so we have limited hours right now, but we hope that over time we will be able to expand those hours significantly,” said Ostergaard.

Right now the center is only open a few hours a week, but veterans that need help can go to the school’s website, or visit the Veterans Service Office, located next to the counseling office on campus. As far as the transitioning and re-entry part, veterans are, unfortunately, going to have to go off campus for the help that is always available at the local Veterans Centers.