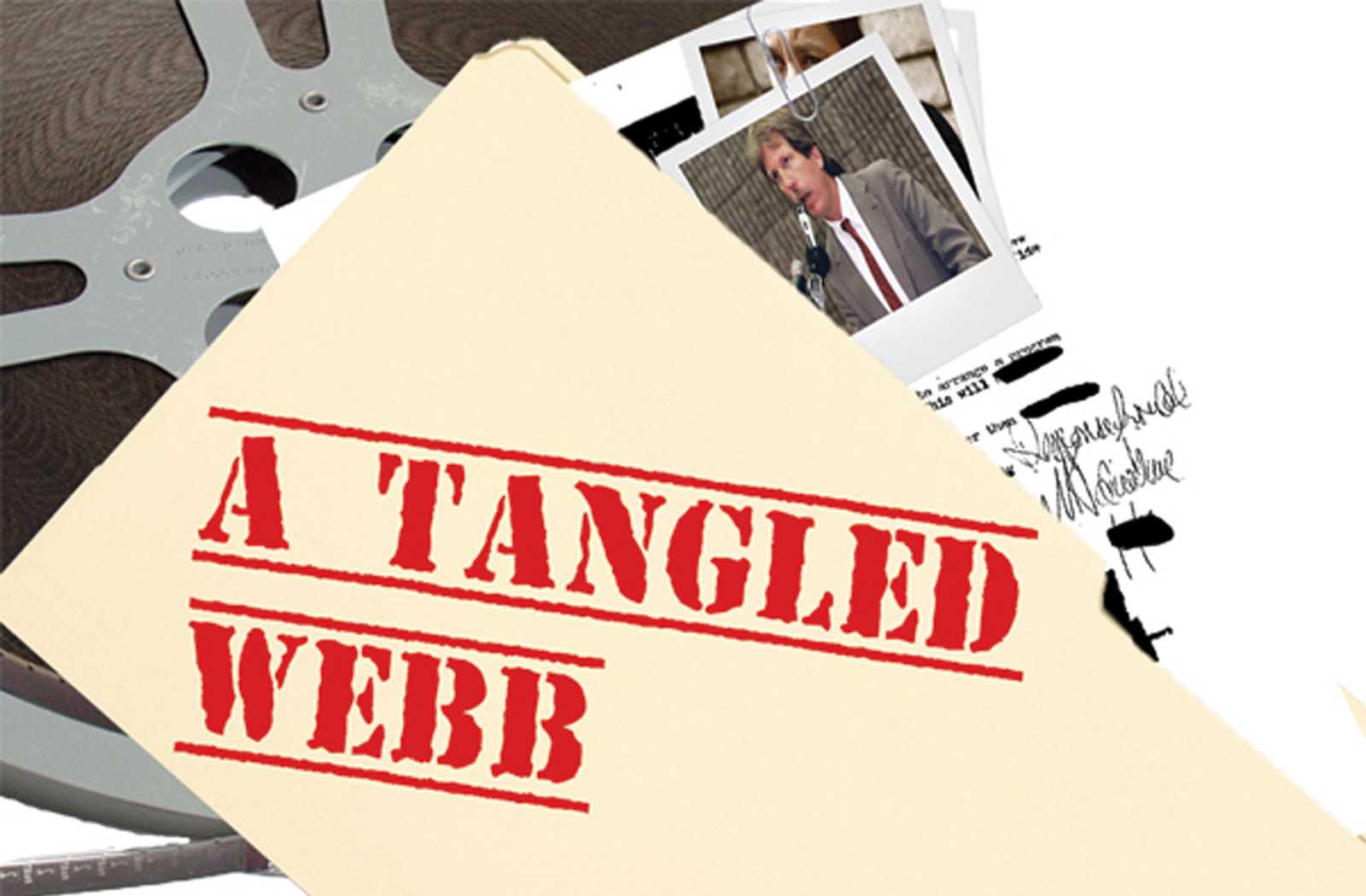 By Jeff Gonzales and Tracy Johnson-Novak

American River College has many people walk through its halls, all on different paths, from different backgrounds, and with different experiences. One such former ARC student is freelance journalist Eric Webb, who never thought his family’s tragic life experience would now become a movie starring one of Hollywood’s hottest actors.

The twists and turns that the reactions to this story caused the devastation of his career and reputation, along with how it destroyed his relationships, are now being made into a movie starring Jeremy Renner in the lead role.

Eric Webb left his successful career as a journalist at ARC in order to edit “The Killing Game,” a book that includes all of the “Dark Alliance” stories, along with many of Gary’s other investigative pieces. The book was published in 2011, seven years after Gary’s death, and lists both Gary and Eric’s name on the cover and spine.

“Even when my father was alive, there was a movie deal about [“Dark Alliance”] going on,” Eric Webb said. “When 9/11 happened, everybody backed out because of how it dealt with the government.”

The movie finally caught major attention when it was confirmed in early Feb. that Renner would play Gary Webb. Renner’s own production company, The Combine, is co-producing, along with former Universal Producer Scott Stuber’s company, Bluegrass Films.

“It took a long time, but the real jump was getting Jeremy Renner behind the film,” Eric Webb said about the process. His mother, Susan Stokes, is also happy with Renner’s support.

“I was just so excited that Jeremy Renner is playing Gary,” Stokes said. “I just thought he was such a good pick for the role. He’s known about this movie and said he wanted the role for over a year and stuck with it this whole time.”

Some major players are also tied to the film. Focus Features has worldwide rights to the film, which keeps it with parent company, Universal Pictures, who originally approached Gary Webb about production almost 10 years ago.

Michael Cuesta, executive producer and director of the TV series “Homeland” is set to direct the film.

The screenplay was written and developed by Peter Landesman, who was a good friend of the elder Webb and has interviewed Stokes in-depth to develop the story.

“I think this movie will vindicate [him] to all the people who didn’t know about this,” Eric Webb said. “A lot of people thought he was a conspiracy theorist because of what he said about the CIA. I believe this will help the general public understand his story a little bit better.”

The impact of the Gary Webb’s “Dark Alliance: the CIA, the Contras, and Crack Cocaine Explosion,” was not what he expected. Upon its release, Webb was heavily criticized and eventually blacklisted in the journalism community.

Major publications, like The New York Times and The Washington Post, attacked Gary Webb’s credibility and the validity of his story, thus pushing him out of the mainstream daily newspapers. Gary Webb’s editors at the San Jose Mercury News seemed to turn their backs on him as a result as well.

After leaving the newspaper, a devastated Gary Webb could not find a job working on the investigative journalism he loved to do for daily papers. He found work with The Sacramento News and Review writing stories without the resources that he could find with a larger paper. The overwhelming turmoil he felt emotionally and financially eventually led him to commit suicide in 2004.

“I always trusted him and knew his reporting was very thorough and honest,” Stokes said. “Even after our divorce, I thought highly of him. This [movie] will do a lot to put this at rest. It will talk about him and what he went through. I think that’s going to be important to the story and how this could happen to people, unfortunately.”

All of the conspiracy talk online and continued opinion of Gary Webb and his death is hard on the Webb family, even years later. With production on the movie set to start this summer, the Webb family is ready for all of the emotion this process may stir up.

“This was something we’ve been wanting and desiring for so long and it’s been a very emotional ride at the same time for all of us,” Stokes said. “We are now starting to accept that this is sure going to be a reality, that there will be parts of this that’ll be painful, but a lot of it’s going to be good.”

The rights to “Kill the Messenger” were recently a top seller in the European Film Market in Berlin this past Feb. The film was sold to film companies all over Europe, as well as Latin America, Russia, Malaysia and South Africa, to name a few.

The Webb family hopes the movie will help to clear up questions surrounding the work that Gary Webb did and his unfortunate death. It is also a surprising way that Gary can still provide for his family even now that he is gone.

“This is really cool that he is able to kind of still give this back to us,” said Eric.

Be the first to comment on "A tangled webb"