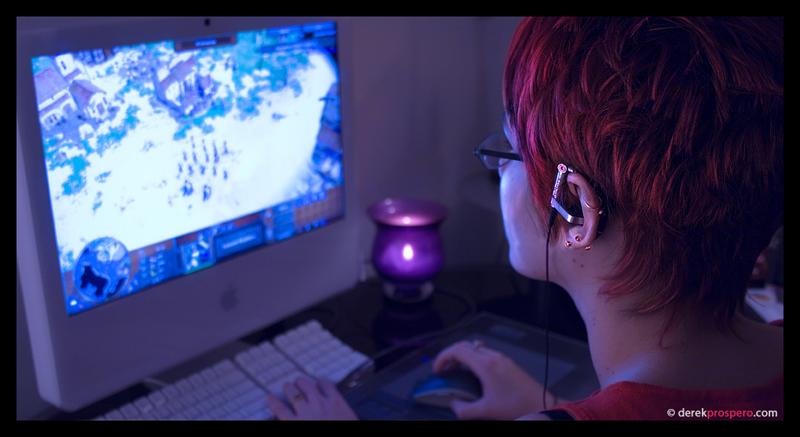 Death threats, crude remarks and thinking best reserved for the 50s. Women have been in the middle of some of the gaming industry’s biggest controversies in this past year.

Feminist Anita Sarkeesian experienced this when she wanted to create a YouTube series on sexist tropes in video games and became the victim of that same aggressive harassment. Jennifer Hepler, writer of the “Dragon Age” series and the online role-playing game “Star Wars: The Old Republic,” had a similar experience when she suggested adding an option to skip gameplay for a more story-rich experience and received death threats because of it.

The video game industry has a following that hangs on rumors and whispers from any website that has even the smallest amount of credibility. So when two members of the team behind “Halo 4,” head of 343 Industries Bonnie Ross and Executive Producer Kiki Wolfkill, recently stated that they would issue lifetime bans to anyone who makes a sexist remark to members of the opposite sex while playing the game, waves of gamers took their word for it.

Microsoft was quick to shutdown the rumors, stating that they wouldn’t be handing down any lifetime bans, but it still begs the question: has harassment towards women become so widespread that lifetime bans should be issued?

“I hope that they can keep up with (the ban), ’cause I know that other people have experienced (harassment) with actual rude, sexist comments and things like that,” said business major Hannah Utterback. “I think it’s a good thing that they are doing that.”

The problem with harassment in video games is that it is hard to document. With many people not reporting it or even turning a blind eye, individuals who have these experiences just deal with them.

“It’s one of those things we don’t talk about,” said biology major Elizabeth Belmont, whose boyfriend didn’t even know about some of her more awkward experiences.

Belmont had some incidences while playing the popular “World of Warcraft” online PC game. While playing with a male member in a group she had joined, the person would hit on her consistently. The situation became uncomfortable when the player asked Belmont to send him inappropriate pictures, at which point Belmont logged. When she reported this to the leader of the group, she was accused of overreacting.

“Basically, he didn’t accept that ‘no’ meant ‘no,’” said Belmont, “and since he helped start (the group), the guild (leader) wouldn’t do anything.”

Not every girl gamer has the same experience playing games online. Many factors, including the game and the individual tolerance of the gamer, all come into play. Yet even those female players who say they have not been harassed know of someone who has, but don’t agree with a lifetime ban.

“A lifetime ban is pretty harsh,” said English major Sam Bennett. “I mean you pay so much for the console and the game. Maybe a (shorter) ban but lifetime is pretty harsh.”