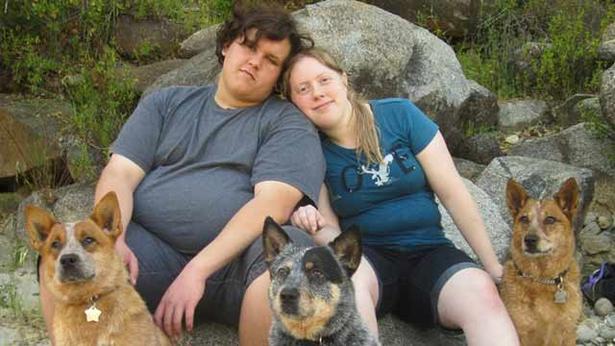 If a hero is a person admired for his brave deeds and noble qualities, then former American River College student Harison Long-Randall certainly proves that they exist.

Many people know Long-Randall from the headlines he made in the Sacramento Bee, but most ARC students don’t know what he did here on campus.

Long-Randall, 21, died July 29 after he jumped in the way of a speeding car near the ARC campus on Garfield Avenue. He was protecting his girlfriend, 23-year-old ARC student Gemily West and her four Australian cattle dogs: Winry, Evie, Bindie and Zury. West survived, but the bone in her right leg snapped and she has 42 metal staples holding her leg together.

Long-Randall graduated from Del Campo High School in 2009. He started school at ARC in the spring of 2010. His sister, 25-year-old ARC student Marybeth Long-Randall, remembers him as a heavy-set guy with a kind face that would always leave her with a smile.

“He was just really big,” said Marybeth Long-Randall. “You know, very charismatic and humorous person and made everybody laugh and if you weren’t smiling when he found you, you would be smiling by the time he left you.”

Long-Randall’s interests include stage make-up and costume design, which he wanted to pursue as a career, as well as anime. He was a part of SacAnime, a local anime convention, where the members remembered him with a memorial and donations.

ARC student and Disabled Students Programs and Services employee Dylan Anderson was working as an Adaptive Physical Education aid when he met Long-Randall and befriended him. He loved his personality.

“Harison was so inspirational. He had the ability to bring me up on a bad day. He had an old soul and was too good for this world,” said Anderson

According to Marybeth Long-Randall, Adaptive P.E. was one of Long-Randall’s favorite classes.

Adaptive P.E. Director Raye Maero enjoyed having Long-Randall around and remembers him as “a sweet kid who worked really hard everyday and was really nice to all the other students.”

Dealing with Long-Randall’s death has been tough on his family and his girlfriend, according to Marybeth Long-Randall, who says they miss him deeply.

“For all of us right now, it’s just a day-by-day process on having to cope with our loss, especially when you wake up in the morning expecting to hear Hari, then realizing that it’s quiet because he isn’t here anymore,” said Marybeth Long-Randall.

Walden is still under investigation and could face murder charges if convicted.

Long-Randall’s family has hopes of setting up a foundation to help victims of traumatic crimes.

Fighting back her emotions, Marybeth Long-Randall clearly misses her brother.

“He was one of the nicest people I’ve ever known and if we were all more like him, the world would be a better place.”