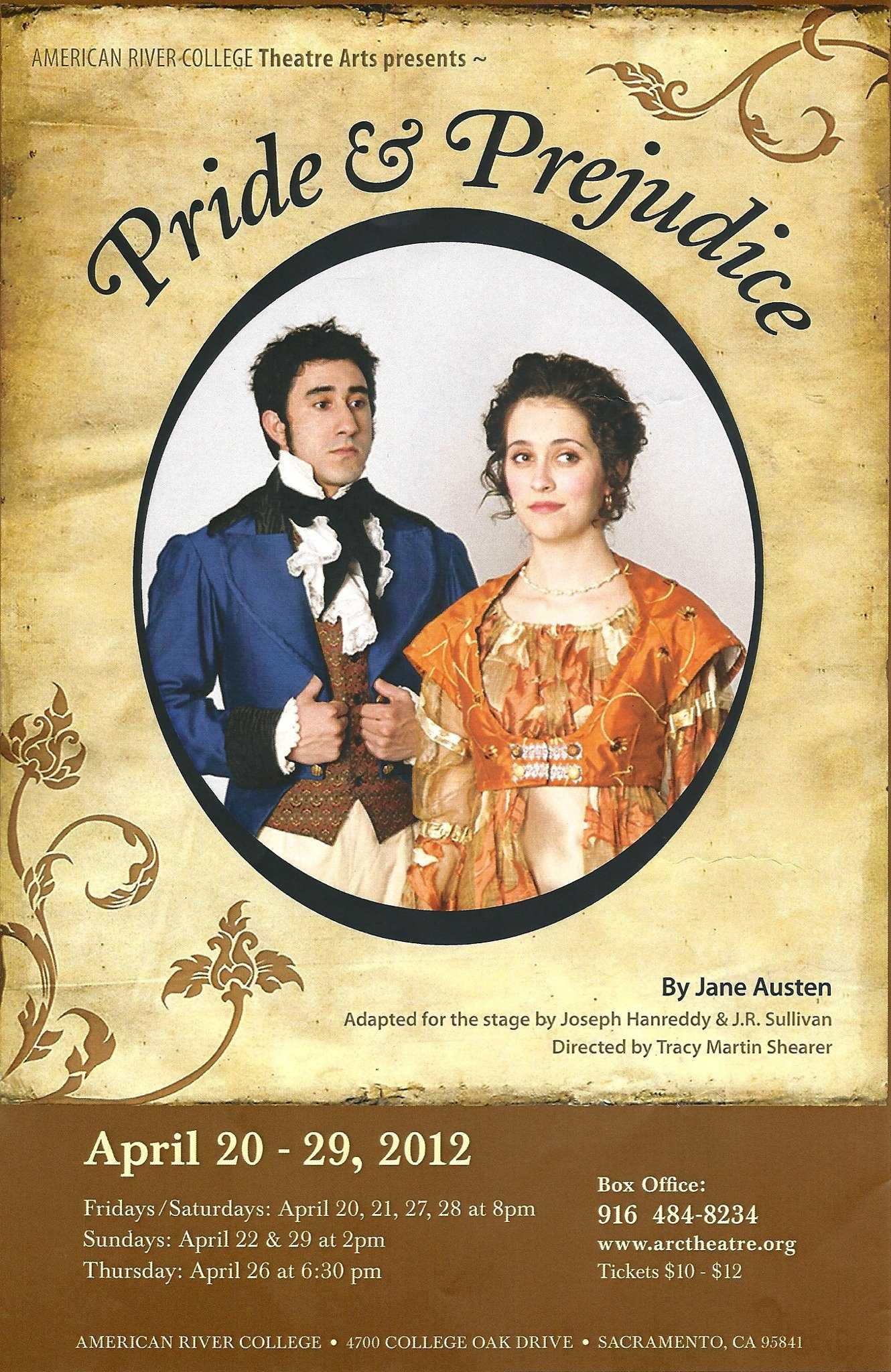 There is no one more prejudiced than someone with pride.

So says the story of “Pride and Prejudice,” the new play from American River College’s theater department that will run until April 29.

Set in England in the early 1810s, “Pride and Prejudice” is the classic tale by Jane Austen of suitors and finding true love. Suitors hound Elizabeth Bennet, played by Stephanie Wurster, at almost every turn when she meets the cold Mr. Darcy, played by John Farnsworth. What happens next is the quintessential story of finding true love.

Wurster on the whole seems to be unexpressive in regards to her hands, opting to stand in place more often than not while a scene is unfolding.

She and Farnsworth, who are real-life lovers, have great chemistry on stage despite their characters being constantly at odds. But it’s Farnsworth’s portrayal of Darcy that carries their scenes when together. He is at the same time a brooding, judgmental man and one who fumbles over words like a child when seeing Bennet.

But it’s that fumbling that makes it seem like the play is more lighthearted than the serious story it is. This is helped due to the performances of, though by no means limited to, Dean Carl and Laurie Tribbey, Bennet’s father and mother, respectively, who seem more like they’re in a comedy.

While such frequent humor almost ruins the mood of the play, it leads to a sense of charming, over-the-top campiness that is preferable to the play taking itself too seriously.

Indeed, it’s only through such campiness that the one-set stage can be tolerable. The audience is asked to let their imaginations fill in the gaps when the ballroom set is insufficient. One memorable scene even has the actors bounce on luggage to simulate riding in a carriage.

The costumes do their job in distinguishing the characters, even going so far as to make them recognizable when in the middle of the play’s many dance numbers. The dances are well choreographed and don’t overstay their welcome.

Those willing to sit through the plodding first half will find a more tolerable second half when the humor kicks in and the plot threads set in the first half run together.

Hit the books, hit the bank