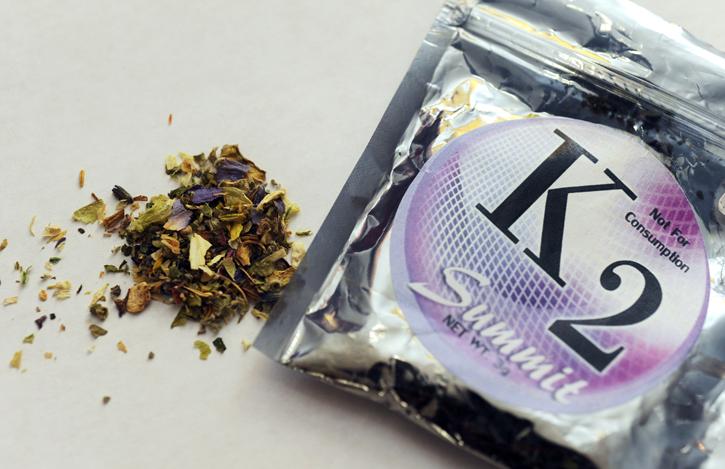 The synthetic blend of diverse psychotropic plants have been linked to growing numbers of hospital visits.

Miley Cyrus admitted to smoking it. Other celebrities, including Rihanna, Kristen Stewart and Lil Wayne were rumored to have done it. In January, it was believed to have been the reason behind Demi Moore’s emergency stint at the hospital. What is “it,” exactly? K2, or “spice” is a mixture of an assortment of diverse psychotropic plants and herbs typically sprayed with a synthetic compound chemically similar to THC, the psychoactive ingredients in marijuana.

“If you don’t smoke weed, it might (feel) similar to (smoking marijuana),” said 20-year-old Andy W., a business administration student at American River College who didn’t wish to be identified.

Commonly marketed as “fake weed,” spice is easily accessible and has gained large popularity not only with celebrities, but also among athletes, teenagers and college-aged adults. Although it should only be sold to people 18 years and older, an investigation conducted by ABC News in June 2011 found that younger teens were able to purchase spice as well.

According to the Drug Enforcement Administration drug fact sheet, psychological effects are similar to those of marijuana, but also include paranoia, panic attacks and delusions. Physiologically, spice increased heart rate and blood pressure, and appeared to be stored in the body for long periods of time. Although packaged to look like pot, the DEA says the high is more comparable to cocaine or LSD.

In nationwide figures analyzed by the American Association of Poison Control Centers in 2010, there were 2,900 reports of health-related problems with synthetic drugs. By the end of 2011, the numbers had risen to more than 6,300 reports of medical issues with the substance.

Faced with the growing health concerns, several states have banned the chemicals found in spice. As of January 2012, Gov. Jerry Brown made it illegal to sell synthetic marijuana, and sellers would be penalized with a $1,000 fine and even jail time.

Visits to several local smoke shops and liquor stores found that a variety of spices were available for purchase, however, all were JWH-free (the chemical compound typically found in marijuana), and the products were now slow moving. Matt Smernes of the Briar Patch smoke shop counted the frequency of purchases as “one, maybe two (times) a month.” When the product first caught on, Smernes said, “It was typically (purchased) by the younger to mid-college-aged customers.”

Despite efforts to keep spice off the market, harmful variants of spice with altered chemical compounds have cropped up, and continue to present cause for concerns.