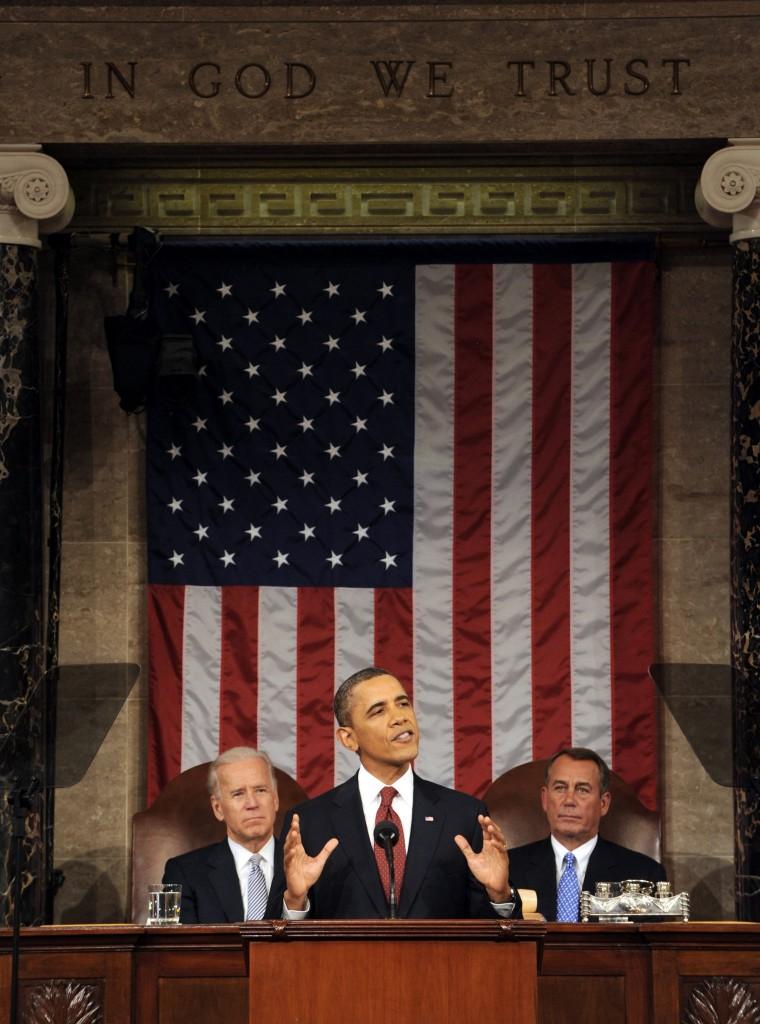 President Barack Obama delivers the State of the Union address on Jan. 31

On Tuesday, Jan. 24, President Barack Obama delivered his 2012 State of the Union address with education overhaul continuing to be a key talking point. Determined to make college a more affordable experience for everyone, Obama put “colleges and universities on notice,” telling them that if the institutions couldn’t stop tuition from going up, then taxpayer funding would decrease annually. He proposed a $1 billion Race to the Top competition that would reward states that kept tuition down. The President called for extending the tuition tax credit and stopping the interest rates on student loans from doubling in July. Additionally, he shared his plans to give community colleges more money for job training, and hoped to double the number of work-study jobs in the next five years.

“Higher education is not a luxury. It’s an economic imperative that every family in America should be able to afford,” said Obama, as told to the Associated Press.

With elections coming up in November, Obama is once again tapping into one of his biggest group of supporters: college students. In 2008, he had an unprecedented level of support among those under 30, winning by 66 percent to John McCain’s 31 percent.  He also got the majority of those voting for the first time. At the time, America was enthusiastic for change, and change was what Obama promised.

Now, after four years of overseeing the nation, did Obama deliver enough to renew faith in his supporters? And will the newly eligible voters help him win a second term?

Jason Shapiro, an English major at American River College voted for Obama in 2008 because he “was the best option out of the few at the time.” He said he would have to catch up and do some more research on who will have his vote this election, but expressed disappointment in the amount of activities and the direction of Obama’s goals.

Sarah Richard, a film major, admitted she didn’t usually vote, but said, “I’m for decreasing loans. (But) there are always promises and it’s really hard to fulfill all (those) campaign promises.”

Tatjana Vojnovic, a nursing major, who just turned 18 years old isn’t sure who she’ll be voting for yet, but is “waiting to hear everyone’s stances” before she makes her decisions.

“I think (Obama has) done alright. I don’t feel much of a change, but it’s not a bad job so far,” said Vojnovic.