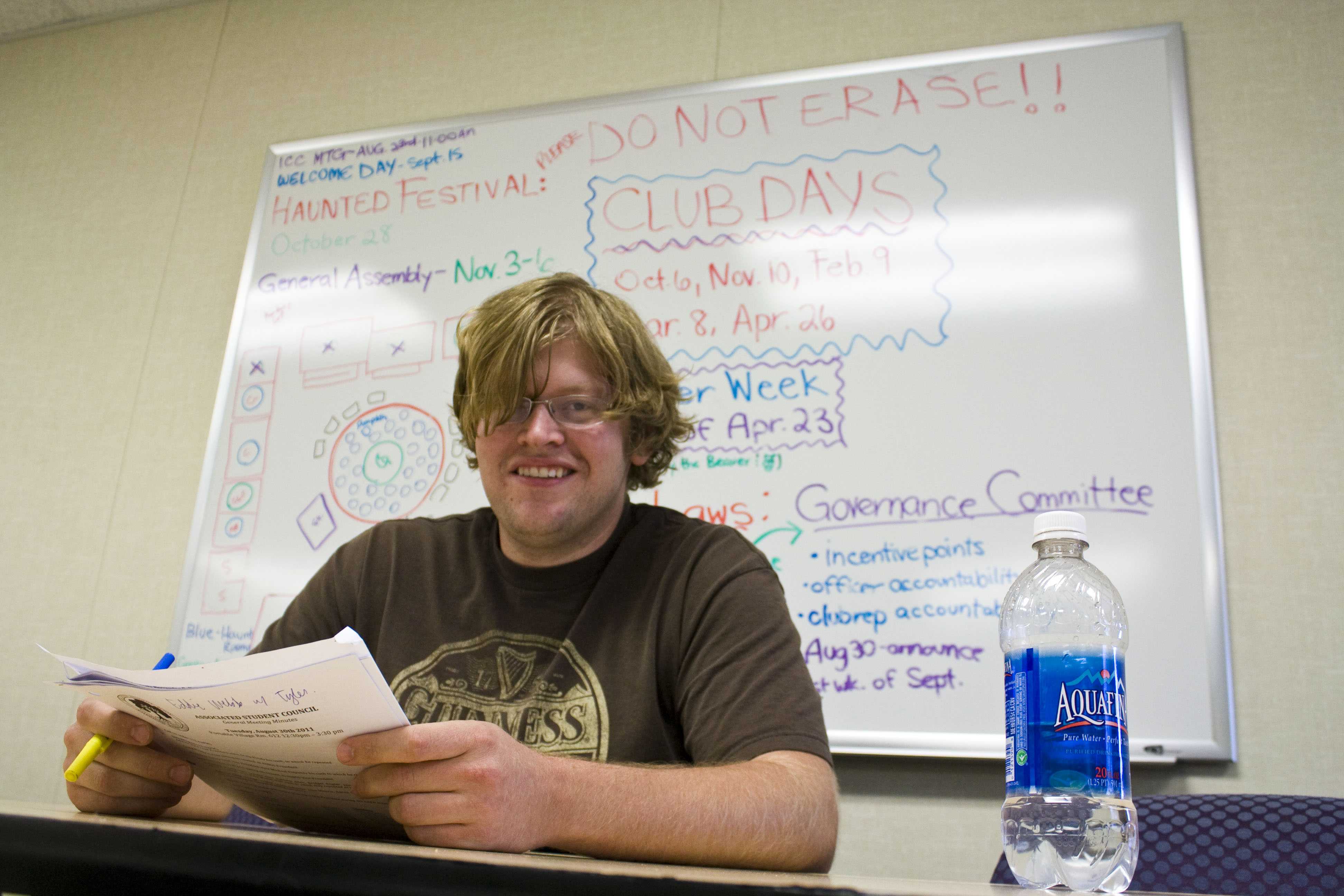 Craig Bundy talks about his plans as the newest president of American River College’s student body, including clubs and food service improvements.

This past spring, the position of Associated Student Body president was decided by a single vote. The winner was Craig Bundy, a 29-year-old anthropology major. The American River Current recently sat down with Bundy to discuss what he hopes to accomplish as president, American River College’s new constitution, and how the ASB plans to get the student body more involved with campus affairs.

What would you like to say to all the new and returning students?

BUNDY: First and foremost, welcome back. Hopefully everybody has all the classes they need and are taking advantage of all ARC has to offer like the theater, music and athletic departments. I encourage all new and returning students to get involved; get around and see what ARC has to offer you.

Our student body also has a new constitution for the first time 50 years. What exactly does it entail?

It basically modernizes and strengthens the student body’s right to represent themselves with their own governing boards for campus activities. It made it easier to navigate the two student bodies with better job descriptions, and updating a social document that was 50 years old just had to be done. There are some really good avenues for students to meaningfully affect their lives here at ARC.

In the April student election, you won by one vote against your opponent. Any thoughts on the election and the turn out?

It was against a close ally of mine, Kindra Pring. I think we had a lot of the same message, just had different ways of how we wanted them executed. At the end of the day, it literally comes down to one vote. Now we’re going about things in the way I think they should be done and that obviously has a different consequence than it would have if someone else would have won. What fun is a blowout?

The turn out was very low for that election. How does the ASB aim to get the student body more involved and how can students in turn get more involved?

We have over 47,000 students here and a little over 300 voted last April. There’s a lot of ways, the ASB holds meetings every week at 12:30 p.m. in Portable 611 and the Clubs and Events Board (CAEB), meets in the same room before us at 10:30 a.m. Just getting involved in the clubs available helps you find people interested in the same professional interests and are focused in the same areas you are. I think that those students that just kind of come and get their degree and leave are really missing on networking, which is a really important part of school.

What’s going on with the food situation here at ARC?

Right now we are under contract with ARAMARK but there is growing discontent with food services and the student body. That is something we are not only addressing here but also at our region meetings. They have a non-competition clause, which means if you want to sell food on campus, you have to clear it with them first. The hope is that we can see some more competition on campus because that’s kind of a hallmark of our society, that competition drives the integrity of the product. It would be nice to see an increased rate of service with extended hours and better quality. It should be more affordable to our students and be willing to work with our curriculum.

What’s on the agenda for the students this semester?

We have the Haunted Festival coming up along with Club Days. We will have some political action days; we’re looking to get some of the candidates out here to speak on their platforms. We can’t support one platform over the others, so I would really like to see as many platforms as possible. We have a big Welcome Day scheduled for Sept. 15, students will be able to see those clubs all over that day. Club Days are expanding ever since we fixed the budgetary restrictions that were imposed on the club system a few years ago, and at this point, the club board is well over 60 clubs. It’s fun to walk through campus and see barbecues and open mics.