The Fray talks to arcurrent.com in advance of Feb. 20 tour stop 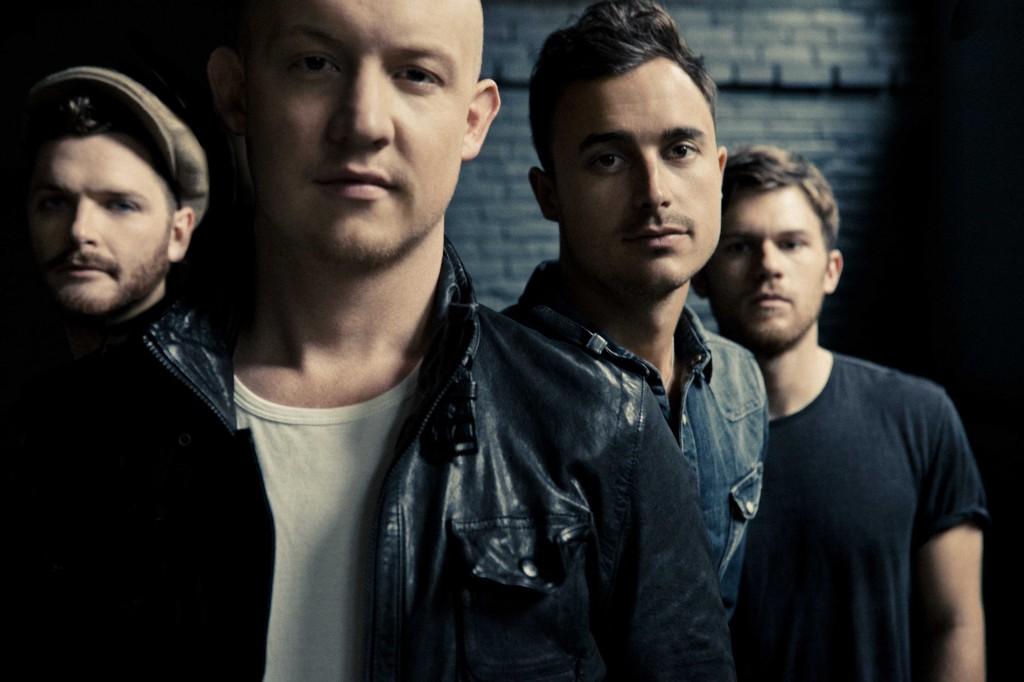 After being honored as the 84th most influential band of the last decade by Billboard magazine, Denver, Colo.’s The Fray is set to release their third studio album – the first of this decade — on Feb. 7. For fans of The Fray, the excruciating wait from 2009’s self-titled second studio album will soon be over and The Current was honored to be given the opportunity to speak with the quartet’s guitarist, Dave Welsh, during a break in rehearsals for The Fray’s upcoming tour that will make its sole Northern California stop on Feb. 20. Welsh graciously took the time to discuss the band’s close-to-10-year history together and all the “scars and stories” that have happened along the way.

Mark Lewis: Before we talk about your much-anticipated new album “Scars & Stories” and the corresponding national tour, I wanted to turn back the clock ten years and give our audience some background on how The Fray was formed. Along with The Fray’s drummer, Ben Wysocki, you both were members of a church worship band in Denver, Colo. when you both were only 21 years old.

Dave Welsh: You know I’ve thought about it a lot and historically a lot of people, I think, learn music in church, whether it’s just singing or playing the piano. We [lead singer and pianist Isaac Slade and lead guitarist Joe King] grew up in a small suburb of Denver where we all kind of knew each other. Slade and King were a few years older and had been working on projects of their own. Wysocki and I were always pondering what would happen when those projects either stopped or had run their course. They eventually did and that was kind of history, as they say.

Mark Lewis: Most certainly. A couple of years later — The Fray had emerged.

Dave Welsh: Absolutely. Yeah Wysocki and I had to drop out of school for the band. At the moment, we’re doing some rehearsals here in Bloomington, Ind. and I was driving through this college town, which is home to the big Indiana University, and I was really kind of baffled by that. I never really was able to experience any of that — just walking around in a college sweatshirt and eating at the local Thai restaurant six nights a week. It’s interesting, but Wysocki and I found our education elsewhere I guess.

Mark Lewis: You mentioned people learning to play the piano in a church setting and I know you initially tried to play both piano and saxophone without much success. Then at the age of 12 years old, you learned guitar and ironically now you’re the guitarist in a band whose music is commonly labeled piano rock.

Dave Welsh: [Laughs] I know! It kind of makes me wish I had stuck with piano then I might have been featured more in the first few years. I toyed around with a bunch of different things. My dad’s an accomplished musician with a great musical mind. I think it was just a matter of time before I found an instrument I could settle into. It was in the cards — in a way — I guess.

Mark Lewis: Pre-record deal, the band recorded and submitted eight different songs to KTCL, a Denver rock radio station, and each of the eight songs were rejected by KTCL until “Cable Car” or “Over My Head (Cable Car)” (as it’s now called) was submitted as a demo in 2004. The song generated a massive number of requests and on Dec. 17, 2004, The Fray was signed to Epic Records. With the number of rock radio stations at an all-time national low, what’s an up-and-coming band to do without the platform that put The Fray on the map?

Dave Welsh: That’s a great question. You know I think all four of us agree and lament on that same question. We grew up listening to bands that a whole new generation doesn’t know. I don’t know if kids listen to Pearl Jam these days, and that’s not necessarily a bad thing because things change. The music hasn’t really changed but you’re right about rock radio. It’s ironic in the same sense as a piano player changing to play guitar for a piano rock band [Laughs].

Mark Lewis: After the success of “Over My Head (Cable Car),” there was a fledgling little show called “Grey’s Anatomy” on ABC that premiered in 2005. Do you want to take it from there?

Dave Welsh: Sure. Like you said we did experience some success with “Cable Car” and that allowed us to go and play small venues — you know, the ones that would maybe have 400 people — and then “Grey’s” came along and it became a force unto itself. All of the sudden we were sprinting to catch up. It gets to be the year 2007 and we are selling out amphitheaters while yet a year before that we were playing small clubs. We definitely felt both the momentum and a paradigm shift. Whenever people wanted an experience like that they could get it through radio, especially during radio’s heyday. Over the years the ability for people to choose (how they listened to music) changed and we were like holy s***, what’s going on?

Mark Lewis: You’ve been labeled by various outlets as both a Christian band and, as we discussed earlier, a piano rock band. My question is how would guitarist Dave Welsh label The Fray’s musical sound?

Dave Welsh: Well labels tend to put bands into categories with other similar-sounding bands. I suppose piano rock is an accurate description but the band made a conscious effort on the upcoming record to not distance ourselves from any label but to simply grow. With a stage show consisting of a huge black piano, we wanted to feature new and different instruments. Well it turns out guitars are not new and rock bands have been using them for years [Laughs].

Mark Lewis: Now on “Scars & Stories” the band enlisted Brendan O’Brien to produce the record. O’Brien has produced albums for Bruce Springsteen, Neil Young and Pearl Jam who are all incredible guitarists. What was the opportunity like working with O’Brien and how was the process of making the new album?

Dave Welsh: It was daunting, challenging, amazing, frightening and all of these other things that I think when you’re only 27 years old and trying to put down a piece of music that you’re going to be proud of in a decade and you’re working with a guy who has worked with some of the best who have ever done it. The thing about O’Brien is that he’s got all the tools, skill sets and knowledge. The interesting thing that many people may not know is that he’s an amazingly accomplished guitarist himself. When you get a compliment from someone like him – you know he really means it. He doesn’t just throw them around. There were a couple times where he would give me a compliment or tell me an anecdote regarding something I had just played for him and that will stick with me over time.

Mark Lewis: The finished product is entitled “Scars & Stories.” Was the album thematic in a way? How do you view the finished collection of songs as a whole entity?

Dave Welsh: You know it is just as autobiographical as any of our previous work. I think we’ve figured out over time that that is the only way we can really write songs. However I do feel that this album is more outgoing. Our previous work at times was more contemplative, however after a couple of years we’ve had big things happen to us and we’ve had terrible things happen and now I think it sounds more like we’re pulling from higher highs and lower lows.

Mark Lewis: Do you have a favorite song off the new album?

Dave Welsh: [Laughs] Well . . . officially no. But I think “The Wind” is a song that has been great to play live and I think it just fits in really well with the album. There was nothing that didn’t turn out well on the album. When I’m listening to the album, for some reason, I just go back to that song. I was very pleased with how it came out.

Mark Lewis: On Feb. 7 your third studio album “Scars & Stories” will finally be released to the public. The album was actually completed back in July of 2011. Are you nervous or anxious about the album’s reception both from fans and critics?

Dave Welsh: We’ve played these new songs quite often over the past few months and there’s still some polishing that we intend to do on a couple tracks but no, I can’t say there’s any sense of nervousness about it. It’s been a long time coming so now there’s just this eagerness to see what people think.

Mark Lewis: Dave, thank you on behalf of The Current and our audience for taking the time to speak with us.

Are you Sacramento’s biggest fan of “The Fray?” Let The Current know why in a 140 words or less through Twitter (@arcurrent) or [email protected] and ten of you will be eligible for an exclusive autographed photo of the band.