Review: “Ghostbusters: Afterlife” has made millions at the box office

The original Ghostbusters make an appearance in the movie 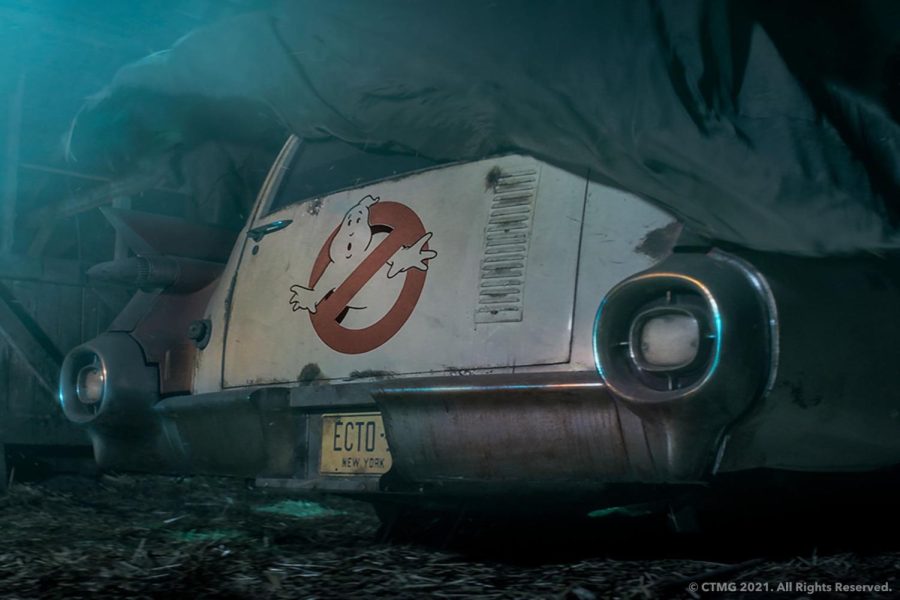 “Ghostbusters: Afterlife” uses some of the same iconic items from other Ghostbusters movies to create consistency throughout the franchise. (Photo courtesy of Sony)

Spoilers ahead. “Ghostbuster: Afterlife”, released on Nov. 19, is filled with action, romance, defeat and satisfaction. The movie paid homage to previous Ghostbuster movies and the original cast.

There have been many movies released in the “Ghostbusters” franchise but this year’s movie puts the icing on the cake. It comes full circle, if this is the last one, it’s paid its representation to the movies before.

From the beginning of the movie, we learn that the main characters Phoebe and Trevor move to a small town with their mother to collect what their late grandfather left them. They discover gadgets and learn that their grandfather was an original Ghostbuster, Elon Spengler.

The mother, Callie, has an interesting dynamic with her kids. She is very attentive, but at the same time, wants to let them be and explore for themselves. She is experiencing romance through the movie and it leads her to become a show-stopper creature as Phoebe, her friend and teacher accidentally let a ghost out at the beginning of the movie. This came back around at the end and took over her body; a human soul, to accomplish the last part of their plan to take over the world.

Her two kids are initially awkward, striving to fit in and learning to be adventurous. They embark on a coming-of-age journey throughout the movie. Phoebe grows from shy to brave and her brother Trevor starts being attracted to girls and leaning into the teenage lifestyle. Towards the end of the movie, they have both gained confidence and have good character development overall.

The rising action starts when they open the ghost trap made by their grandfather and let out the first ghost that changes the fate of the town. Phoebe learns how to work and fix all the ghost-catching gadgets with the help of her grandfather, the ghost, her brother, and her new friend. They go around catching ghosts while trying to understand all of their grandfather’s scientific work he left.

Phoebe cracks the puzzle and realizes the town is in trouble, which leads to the climax of the movie, they team up together to come up with a plan to defeat the ghosts and the creatures that came along with them.

In the meantime, they are attempting to save their mother and her lover. They are trapped in the body of a mythical creature. After getting the mother out Phoebe, her brother and 2 friends go on a chase to guide the ghost back to their contraption while the ghosts slowly take over the town.

They make it back to where the major trap is and they are having a hard time trapping them. This is the part when the original ghostbusters appear and join in to help them save the town.

Placing the previous “Ghostbusters” and featuring the one who died in the movie Elon Spengler in the movie gave it more purpose and context. Moreover, it allowed there to be a sense of satisfaction seeing everybody back together. “Ghostbuster: Afterlife” did not miss a beat.