Review: The revolution may be sooner than we think

“Judas and the Black Messiah” captivates and inspires 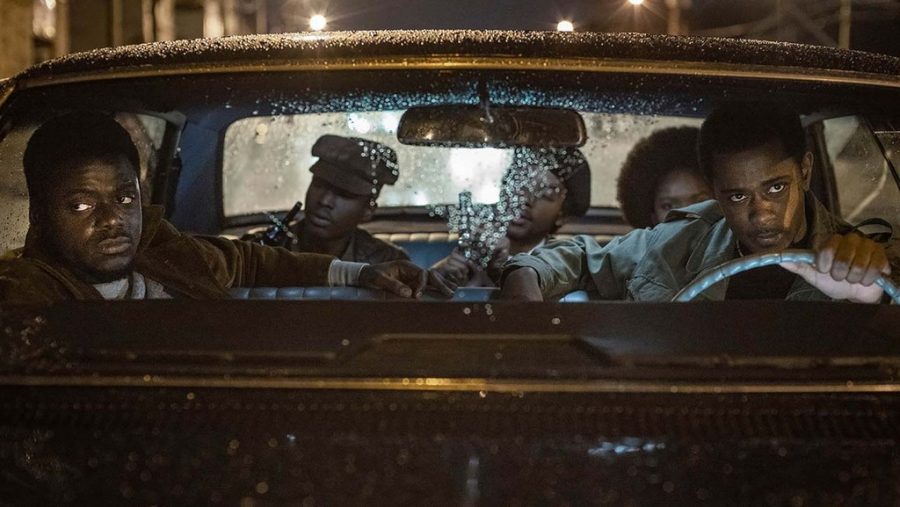 Inspired by true events, “Judas and the Black Messiah,” is absolutely the most important story of the century and unlike anything you have ever seen before.

Released on Feb. 12, and directed by Shaka King, the movie tells the story of Chairman Fred Hampton, played by Daniel Kaluuya, of the Illinois chapter of the Black Panther Party in the 70s as he leads a multi-racial proletariat coalition against police brutality and in support of social programs such as free breakfast and free healthcare for all.

His counterpart, or Judas, William O’Neal, played by Lakieth Stanfield, is a member of Hampton’s chapter, and also an FBI informant being extorted by a federal agent to conspire against him.

This riveting cinematic masterpiece is one of the most honest representations of the Black Panther movement that has ever been created by seeking to educate its viewers on the severity of the times both then and now.

King’s directorial style puts the viewer in the room with Hampton as he inspires a generation of revolutionaries with nothing but his voice and a simple message: power to the people.

As the film progresses towards its climax, Hampton faces obstacles from every direction including police harassment, violence and false imprisonment, as well as falling in love and becoming a father.

This story is as relevant as ever and could not have come at a more appropriate time in history. The fact that this movie even exists is a testament to the progress being made in society in regards to awareness of racial inequalities, police brutality and the intent of the Democratic Socialist movement throughout history.

This moment in film history can never be erased from the minds of the masses and will likely serve as an argument against capitalism and federally sanctioned murder by the hands of police officers and FBI agents in the coming future.

If the release of this movie is an indication of anything, it is that the revolution may be sooner than we think.

“Judas and the Black Messiah” is available to watch now in select theaters and stream for free on HBO Max until March 14. Click here to watch the official trailer.