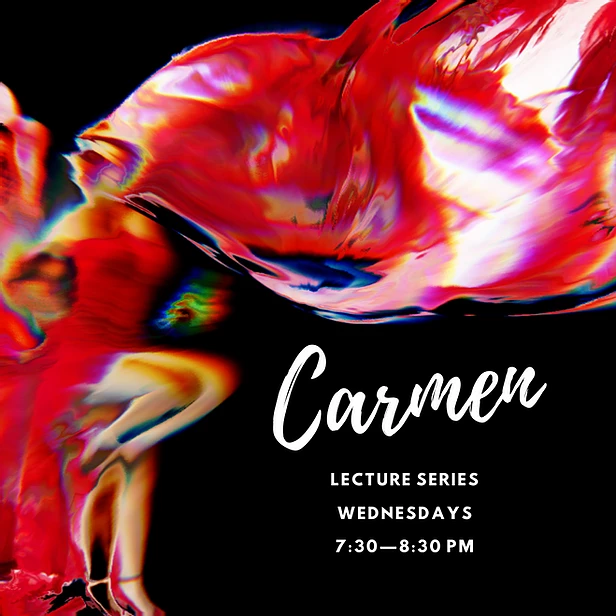 The Carmen Project is a shining example of how one department at ARC that relies on in-person instruction has successfully transitioned to online learning. (Image from ARC Orchestra website)

With a global pandemic effectively derailing work and education across the United States, many Americans find themselves commuting from their beds to their computers at home in order to go to work or attend classes. American River College faculty have also had to find creative ways to get around the restrictions caused by COVID-19’s uncontrolled spread.

With in-person classes essentially shuttered for the year, online learning has required professors to adapt to the situation. ARC’s orchestra has responded by conducting a deep dive into one of the most popular operas in the world with The Carmen Project.

“Carmen” tells the story of Don José, a Spanish soldier seduced by the opera’s namesake, beautiful gypsy woman. She later abandons him for Escamillo, a popular bullfighter. Furious at her betrayal, Don José confronts her in hopes of winning her back, and when she rebuffs him once more, he kills her in a jealous rage.

Combining virtual lectures with online rehearsals and recordings of musical performances, the project has allowed the orchestra to adapt to the pandemic restrictions. Students participating in the project have also read the original “Carmen” novella that inspired the opera, while studying music from Spain, Latin America, as well as traditional Romani music.

Steven Thompson, professor of music and director for the ARC Orchestra, conceived The Carmen Project in response to being unable to hold in-person classes.

“We can’t rehearse in synchronous time remotely. The technology really isn’t there yet, so we came up with a lot of different scenarios to try and address the issue at hand,” Thompson said. “It’s the first time I’ve done something like this, I’ve really enjoyed it and have also enjoyed seeing students learn from it.”

Thompson did not initially settle on “Carmen,” but eventually decided that the opera’s place in history made it a compelling subject for study.

“It’s the third most-performed opera ever, and the most performed in France,” Thompson said. “The story behind ‘Carmen’ is about the movement of opera towards something that was more realistic than other operas of its time. It’s somewhat more believable.”

The Carmen Project has streamed six lectures focused on various aspects of the opera, discussing them in a contemporary context. Two more are planned for Nov. 4 and Nov. 18.

“I am really impressed by the guest lecturers who have offered their time,” Thompson said. “We’ve had people from the San Francisco opera. We’ve had an opera singer from Sac State who is also a vocal teacher, we’ve even had a lawyer come to the lectures to discuss getting away with murder.”

Other lectures focused on the music of Spain and the femme fatale allure of the opera’s leading woman.

“Carmen has all of these guilty pleasures throughout it, like sensuality and murder,” Thompson said. “It’s a great opera and a personal favorite.”

A major component of the Carmen Project involves the orchestra performing a piece from opera. Kate Wells, second violin to the ARC Orchestra and a high school English instructor from Placerville, CA, is one of many contributors to the project.

“The musical side of things has been a real challenge,” Wells said. “When you’re in an orchestra, you’re surrounded by your peers and you’re basically feeding off the energy around you, but the current situation means we are recording from home in isolation.”

According to Wells, the ARC Orchestra is hoping to record “Les Toreadors”, a song from the second act of “Carmen.” Because it is currently not possible to recreate a traditional orchestral recording online due to technological limitations, students will be recording their contributions in separate parts. Sound engineers will then mix all of the audio together to present a finished product.

“When you’re trying to coordinate a lot of these takes recorded in isolation, there’s a lot of work that goes into mixing it all together.” Wells said. “Some musicians are doubling up on instruments if they can.”

Despite the experimental nature of The Carmen Project, the streams have achieved some immediate success.

“I think it’s been pretty surprising how many people have been involved,” Wells said. “We had one lecture with over 100 people, it was enough to cause serious issues with the Zoom meeting.”

According to Thompson, there could be similar projects in the future even after campus lockdowns come to an end. He has already begun compiling a list of potential topics to center another project around, including Antonín Dvořák’s “New World Symphony”, Mozart’s works in “Don Giovanni”, and Beethoven’s “Symphony No. 9.”

“You might take a graduate level course like this in a four year university, where a professor specializes in a certain artist or writer,” Thompson said. “I think we’re on a verge of a revolution of some kind when it comes to learning. Rather than trying to get through a set curriculum, rather than trying to get students to draw a portrait the same way every time, we will see faculty gather interesting and valuable information for students to learn from.”