“Hustlers” disappoints with its cursory storyline 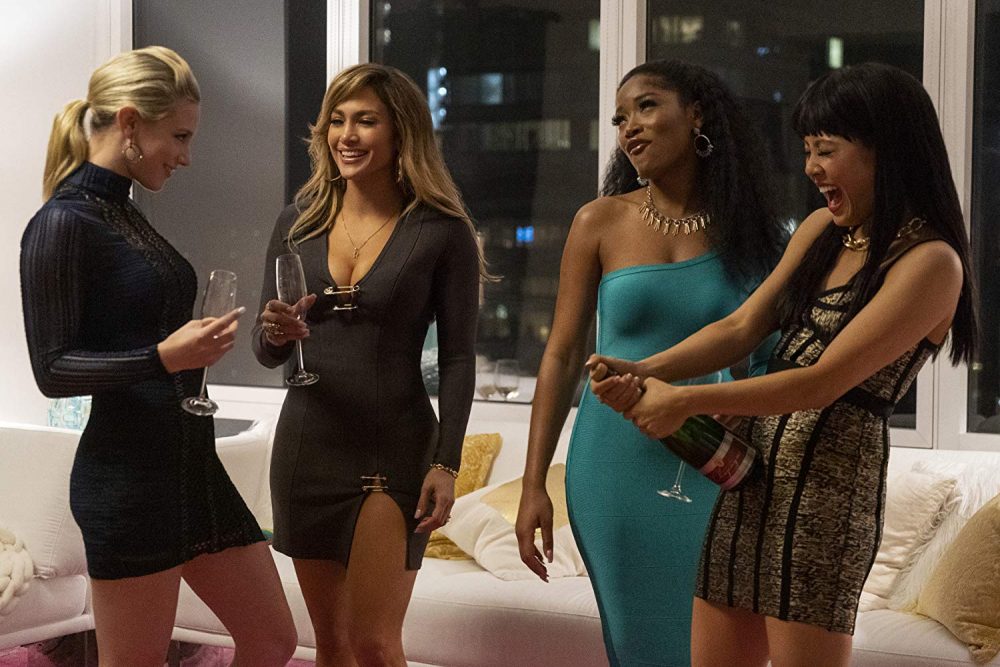 “Hustlers” is a glamorous and star studded film that includes many celebrities. However the celebrities are the only thing glamorous about this film. Based on the New York magazine article by Jessica Pressler, and told from the point of view of Dorothy a.k.a Destiny played by Constance Wu, the film gives us a look into the life of strippers who work in the club, Moves.

Wu’s performance of a struggling dancer who is supposed to be seductive and drugging men fell short, and instead she comes off as a divorced soccer mom trying to find herself. Destiny is watching other girls dance when the audience is introduced to Ramona, played by Jennifer Lopez, who bursts onto the screen in a dance performance that was supposed to be sensual and meant to make the audience feel as if they were in a strip club being seduced, instead Lopez’ performance came off as a typical J.Lo music video dance routine.

Destiny is in awe of Ramona and how she is able to seduce the men in the club. The two quickly become friends and begin hustling the elite men who sneak in the backroom of the club to avoid any scandal of how they spend their free time. Ramona and Destiny are truly the dynamic duo, even referring to themselves as “Shaq and Kobe.”

The film includes cameos from Lizzo and Cardi B who makes an appearance in the first 15 minutes of the film. Cardi B does an awkward and lazy lap dance on J.Lo and then says “drain the clock, not the cock,”—her only line from the movie that’s memorable.

They all seem to be living the glamorous and rich life until the 2008 financial crisis. During this time the money in the club begins to slow down drastically and Dorothy becomes pregnant.

The film then leaps to 2011 where Dorothy and her boyfriend have broken up and she is forced to get a job after taking a break from dancing to raise her child. She tries to find a job in retail but fails and ends up back into the strip club, Moves, where she runs into Ramona and her other fellow dancers. Again, the film does not provide a backstory or details on why Dorothy and her boyfriend broke up or how she was financially supporting herself while taking a break from dancing.

Throughout the time jumps, nothing changes about the girl’s appearance or clothes, which is confusing considering they are dancers and Dorothy has had a child. Ramona brings Destiny into the new scheme referred to as “fishing.” This includes fellow dancers Mercedes, played by Keke Palmer, and Annabell, played by Lili Reinhart, in which they go to bars to meet men, get them drunk and then lure them back to the club moves where they charge large amounts of money on their credit cards.

This plan is unreliable and doesn’t always work at which caused Ramona to come up with a new plan that’s illegal. They all agree to Ramona’s plan and began drugging men, allowing the girls to max out the men’s credit cards. This is the climax of the film where things are supposed to get intense for the women and the film should be showing how far they are willing to go to make money.

They’re drugging men, robbing men and committing dangerous crimes, yet we only get humor from the characters in these serious situations. Ramona becomes reckless, inviting anyone into her scheme and eventually gets caught up by the police. The film then ends with a black screen and white writing revealing the punishment the women will receive for their crimes and the fate of the hustling girls.

Overall “Hustlers” felt rushed with the many time jumps in the film and left much to be desired about the characters backstory and details of their crimes. This weakens the plot and development of the film making the film more of a comedy than a drama or thriller. “Hustlers” feels more like a girl version of “The Hangover” rather than a depiction of ruthless criminals.