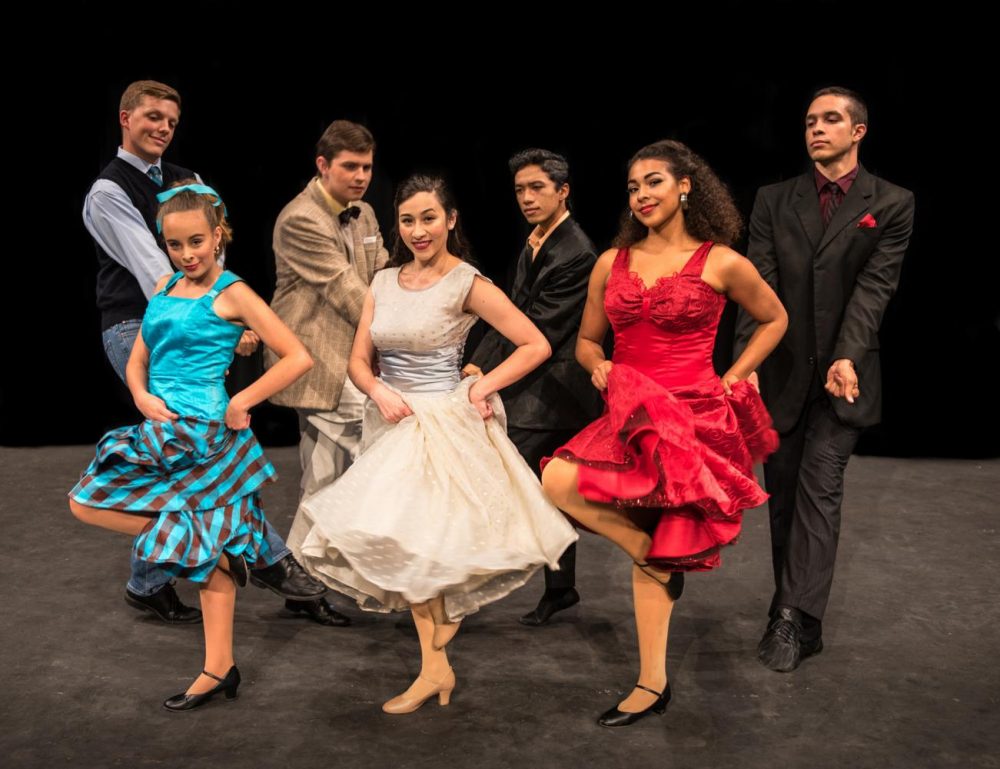 The provocative showing of “West Side Story” opened at American River College on Friday. The production showcased many musical numbers as well as intense dance breaks.

Usually, the first time an ensemble performs in front of an audience many things can go wrong. The adrenal rush combined with the stress of giving a perfect performance can cause many mistakes to be made. However, this opening night did not fall victim to that and there were no noticeable mistakes on stage.

The cast gave a powerful performance and took the audience on an emotional journey.

The plot chronicles the lives of star-crossed lovers Tony and Maria. Tony is a member of the Jets, a white American gang. Maria is the younger sister of Bernardo, who is the leader of the Puerto Rican gang, the Sharks. When Tony and Maria kiss at the school dance, tensions rise between the rivaling gangs.

Alexandria Wilson, who plays Anita, the fiery love interest of the leader of the Sharks, said the musical is not as lighthearted as some that have come before.

“This one is controversial, this show involves love, racism, death, violence,” Wilson said. “Although it’s not the most child friendly, it is definitely something everyone can enjoy.”

The iconic musical performance was directed by Sam Williams, co-chair of ARC’s theater and film department, as well as a longtime performer.

“Opening night was wonderful, everyone’s adrenaline was flying and there were some technical mistakes but that’s what is wonderful about live theater,” Williams said. “It went really well and it was very moving to me.”

Ethan Mack, who plays Action, the bad-to-the-bone gang member of the Jets, truly stood out. His character was dark, funny, and kept the audience entertained.

The orchestra played every song beautifully and without it, the show would not have been the same.

The entire theater did an amazing job with this show. From the acting, to the powerful vocals and the well choreographed dancing, the musical was the total package.

“West Side Story” will be shown through Oct. 28. For more information on showtimes and ticket prices, visit www.arctheatre.org