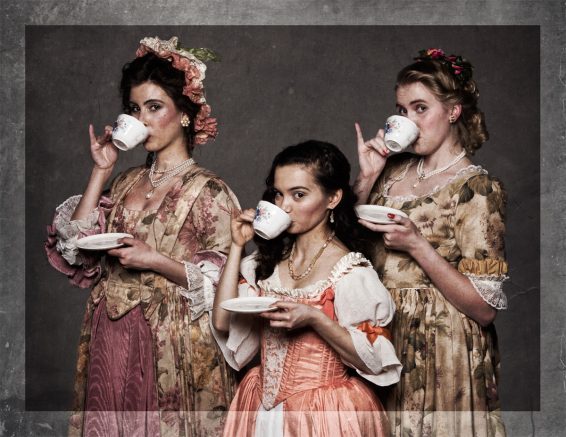 The Beaux Stratagem play is a comedy that will showed at the American River College campus April 21 through 29. (Photo courtesy of ARC Theatre department)

The American River College theatre will showcase “The Beaux Stratagem” April 21 through 29; it is originally produced by George Farquhar in England in 1707.

The play is a comedy that tells the story of two characters that  journey across the English countryside.

Pamela Downs, the director of “Beaux Stratagem” will be directing the play.

Downs said the play would stretch the skills young actors need to perform.

“It is a difficult play because it has young actors doing skills they wouldn’t do,” Downs said. The skills that Downs refers to is learning a different dialect.

Downs said the play is a restoration comedy, which is a comedy written during the Restoration period of 1660 to 1710.

Kimberlee Wilson, an actress in the show, said that she was excited to play a villain.

Wilson plays as Ms. Boniface, a landlord at an inn who meets the protagonists Aimwell and Archer.

“I thought it be really fun to play a horrible person,” Wilson said. “My character is the villain of the play, I’m a landlord and thief.”