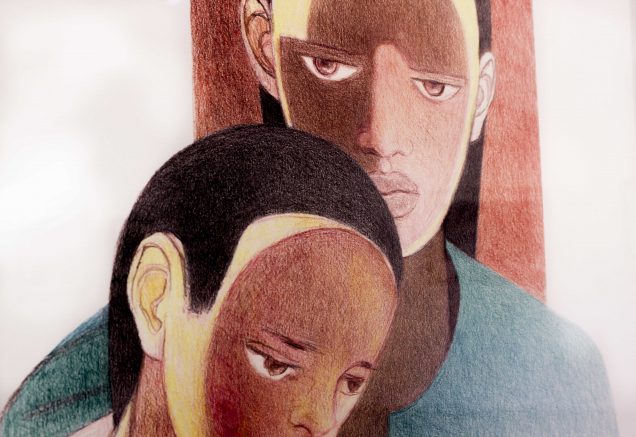 The Kaneko Gallery featuring “Mother and child”by Dr. Samella Lewis during Black History month. The “Black Artist on Art: The Legends” exhibition will be up Feb. 22- Mar. 17. (Photo by Lidiya Grib)

The Kaneko Gallery is hosting an exhibition celebrating Black History month, featuring the works of black artists at ARC through March 17.

“The Black Artist on Art: The Legends Exhibition” will feature artwork from historic events such as the Harlem Renaissance and the Black Arts Movement, according to a press release.

There will be some very historically important pieces, according to gallery director Patricia Woods. It will be the most important exhibition they have put in the Kaneko Gallery.

“It is an incredible honor to be able bring this extraordinary and historically important collection of art to the Kaneko Gallery.  Not only is the show visually stunning but it is educationally so important,” Woods said.

The majority of the featured work will be art by Samella Lewis, grandmother of art instructor Unity Lewis, who is known for the mural he painted in the Kaneko Gallery last semester.

Samella Lewis is a renowned artist and historian, according to the press release. Lewis published the book series “Black Artist on Art” as a way to “preserve and document artwork created by artists who were being neglected by the mainstream art world,” according to her bio.

With her book series, Lewis intended to make a chronology of African American artists and artists with African descent to document their history.

“The historians weren’t doing it,” according to Lewis’ statement. “I thought it was absolutely necessary, not just for the public but for artists to know what is going on.”

The new volumes highlight black artists who have “redefined what it means to be a black artist while still preserving the traditions of African cultural expression,” according to the release.

“In my opinion the artists were the people who documented our history better than anybody else. A lot was going on culturally. Blacks were rebelling and revolting and doing things that they hadn’t done before,” Lewis wrote.

“The works are a visual documentation of the cultural and artistic explosion that began in the Harlem Renaissance and continued through the civil rights movement and beyond created by some of the most important African American Artist in America’s history,” Woods said.

There will be four receptions held for this event in the Kaneko Gallery, where refreshments will be provided.

Upcoming receptions will include:

Artist talk and day reception on March 8 at noon.

Artist talk and lecture on March 15 at noon. The location for this reception will be assigned later.

Opinion: Everyone who can should donate blood