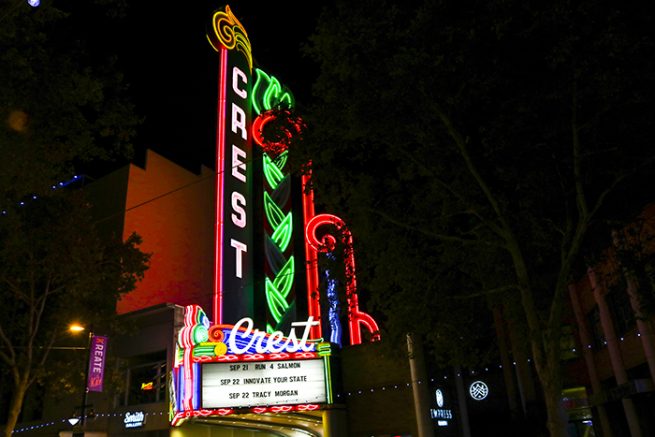 The Crest Theater will be hosting the "A Place Called Sacramento" film festival on Oct. 7 (Luis Gael Jimenez 2016)

The 17th annual “A Place Called Sacramento” film festival will be taking place on Oct. 8 at the Crest Theater in Downtown Sacramento. It starts at 7 p.m.

The festival serves as a showcase of Sacramento’s finest screenwriters, producers, directors and others involved in the film industry here in town.

All of the films were written, filmed and produced in Sacramento.

All of the scripts have been workshopped in partnership with Access Sacramento since April.

Executive Director Gary Martin said, “All completed films premiere on the Big Screen at the Crest. Invite your family, friends and strangers you want to impress!”