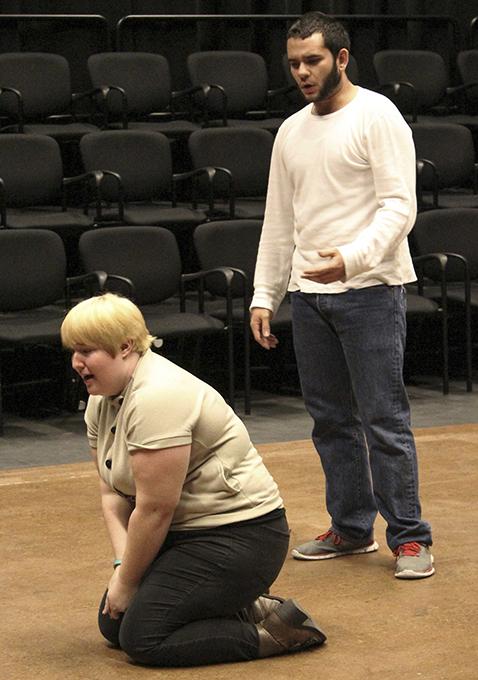 “There are 21 current students, and two former students are coming back this year. Nine of them are Irene Ryan Nominees,” said Tracy Martin Shearer, an ARC adjunct professor.

ACTF is a week-long regional festival with over 100 workshops run by the Kennedy Center American College Theatre Festival (KCACTF).

KCACTF is a program that selects regional winners from eight geographic regions around the United States to be considered for the Irene Ryan scholarships at the national festival in Washington, DC.

ARC falls into ACTF’s region seven, which is comprised of California and seven neighboring states.

Michelle Pollack, an Irene Ryan nominee for her role in “Flea in the Ear” during the spring 2015 semester at ARC, said that going to ACTF is a great opportunity and described it as “very tiring” because of the hard work needed to prepare and compete.

The Ryan nominees will compete in three rounds with a package of a three-minute scene, a two-minute scene and a solo piece, for a total of six minutes.

Pollack said that the process has been long and different from her first time going to ACTF, because this time she will attend as a nominee.

“I started reading a lot of plays since June 2015… look at the scenes, make sure it fits, and cut, cut, cut because you have to cut it in a way it makes sense and still flows,” said Pollack, who rehearsed with her partner Joel Burnitzki at least nine hours a week.

Shearer said that the Ryan scholarship is not the only good thing about ACTF – there are also competitions and workshops that students can attend.

“Usually, the ones who go are the ones who received the honor of being selected and represent the school, but there are other people who are not competing,” said Shearer.

Shearer said that she is thankful for the community’s help with the students.

“The community has given a lot of effort and support. There are community people like Jenny Krack (artistic director of Stage Right Productions) that come to give their opinion beyond our own, which is good for the students,” said Shearer.

The ARC theater department organized activities and fundraisers to help the students with the costs of the festival.

“There is Gumbo, a masquerade ball organized by students and The Fair Oaks Theatre which made an awesome contribution of $600. I would like to thank ARC students for their support, they have been the only community group until now to give such a good donation,” said Shearer.

ARC has gone to ACTF 15 times and hosted the festival in 2013 with an approximate attendance of 2,000 students.

Shearer said that she doesn’t think that ARC will host the festival in a near future, because though it’s exciting and very good for the students, it’s very time consuming, expensive and would require a lot of patience from the other departments.