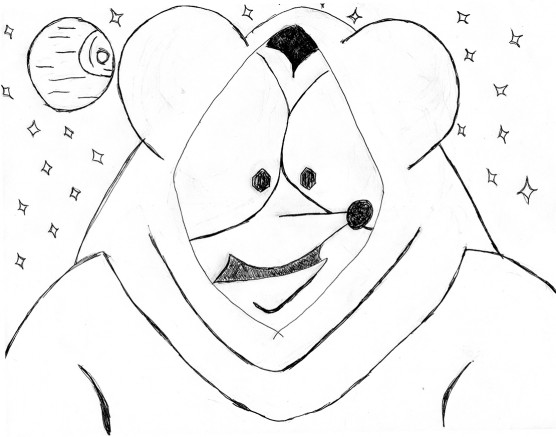 Hoa, hoa down with the rebel forces! (illustration by Nicholas Corey)

George Lucas directed four of the six films. J.J. Abrams of “Star Trek” and “Super 8” took those reins for the latest release.

“I like his work, but I’m still a Lucas fan,” said Andrew Griffin, who is a teaching major at ARC.

Although he may feel pessimistic about the direction, Griffin said he will still stand in line on opening day.

Other than Samuel L. Jackson’s character Mace Windu and Billy Dee Williams’ Lando Calrissian, black characters have not been prominent in the franchise.

Along with the change of director, the lead character in the film — Finn, played by John Boyega — is black.

“Its really cool,” said Griffin. “Should have been done already,” noting the diversity that the presence of Boyega would bring to the screen.

Kyle De Los Santos,  an undecided major, is a fan of Abrams previous films but thinks the new film may not meet the expectations of fans.

“Kind of,” said De Los Santos in response to whether or not he’d be attending on the opening night.

Fashion design major Damaris Pace is contemplating her attendance. She said she is a huge fan of the “Star Wars” saga but is resistant to the change.

“George Lucas should have finished it out,” said Pace. “Hope it lives up to its name.”

Carrie Fisher, Harrison Ford, and Mark Hamill will all be back to reprise the roles from the original Star Wars trilogy.

It’s decisions like this that De Los Santos feels would be a good step for Abrams as he makes the franchize his own.

No butts about it: artist reimagines the ‘historically unaesthetic body part’

Liberal Arts Building to be demolished, new STEM building to take its place