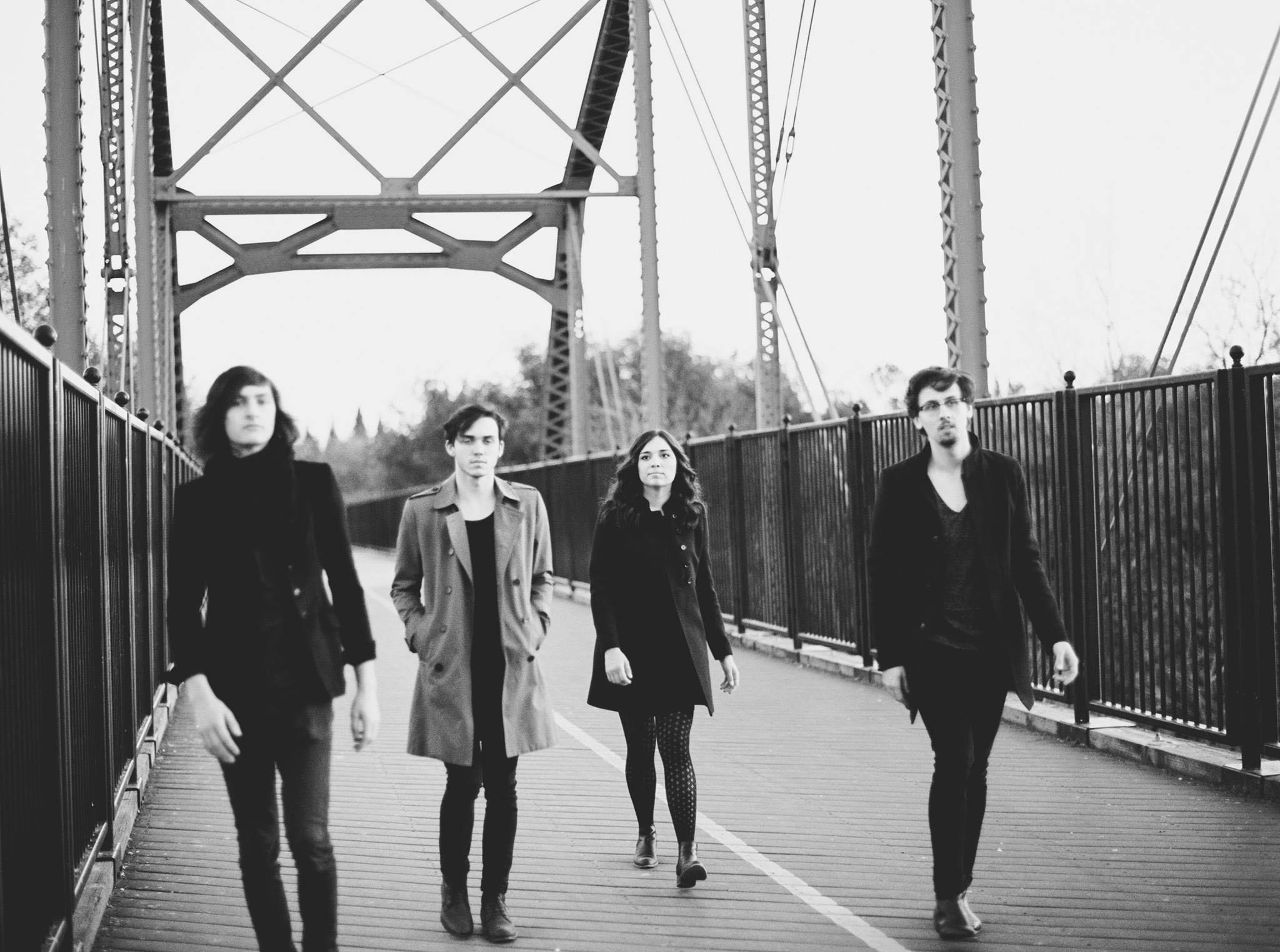 One week in an old pastor’s mansion in El Dorado and a baby grand piano is all it took for American River College student Shane Tiller to write the songs for his band Small Talk and the sound of a “funeral on a spaceship” is all it took for his previous band Man in the Planet to get a crowd following.

Smalltalk has been together since summer 2013. It consists of counseling psychology major Tiller as lead vocalist and on guitar, Alex Thompson on lead guitar, Natalie Cottle on keyboard and piano and Michael Strand on bass.

The band has released one album, titled “Smalltalk.” Released in December 2014, it contains five full length tracks that can be bought on iTunes or found on Spotify.

Tiller started playing guitar when he was five and started singing at 15 when he joined the choir for El Camino High School.

In his freshman year of high school, Tiller saw the movie “Eternal Sunshine of the Spotless Mind.” He said that had “an effect on all my artistic endeavors.”

At this time all of the members, with the exception of Tiller, are in Portland so the band is on temporary hiatus.

Some of the band’s influences include Ryan Adams, Radiohead, Kings of Leon, Beck and Elliot Smith.

Their most frequented venues have been in downtown Sacramento at the Naked Lounge and Blue Lamp in East Sacramento.

Tiller also mentioned that his previous band Man in the Planet has been talking about getting back together.

“We had a really good following with the same people at most of our shows,” said Tiller about Man in the Planet.

Man in the Planet is under the genre of post punk and darkwave with Tiller on lead guitar, Evan Michaels singing vocals and on guitar, Brittany Crockett on keyboard and piano and Nick Michaels on drums.

“The best way to describe the sound would be like a funeral on a spaceship,” said Tiller.

“Out of any band I have been in it definitely had the possibility of getting signed,” he added.

Tiller’s girlfriend and AR student undeclared major, Cannessa Lewis, has only been to one of her boyfriends bands shows and described it as being “a very eye opening and very cool experience.”

Life is Worth the Walk club provides resources

Opinion: Speak up or your grade will suffer

Be the first to comment on "The sounds of a baby grand piano and a “funeral on a spaceship” made two bands."