“The Deafhood Monologues,” shines a light on Deaf culture 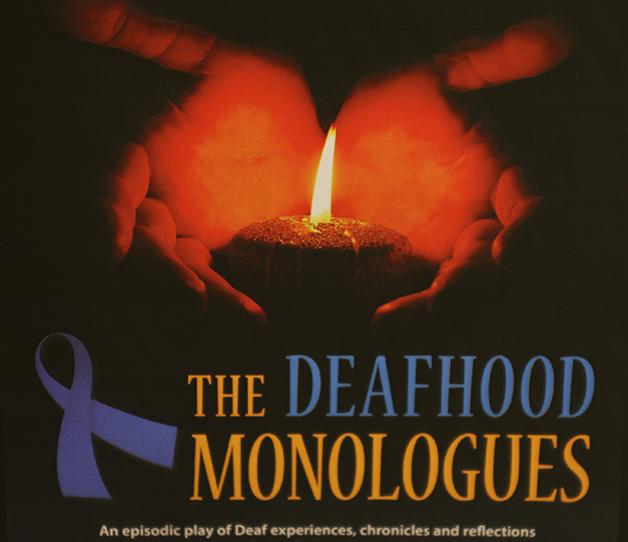 “The Deafhood Monologues,” a play partly inspired by “The Vagina Monologues” that intends to shed light into deaf culture will be performed this Saturday and Sunday at American River College.

The play was created by Ella Mae Lentz and is being directed by Jac Cook.

Cook has been working on “The Deafhood Monologues” for over 10 years, and this will be her first time working on the play locally.

One of the stories in “The Deafhood Monologues” features a character who is nine years old and receives medical treatment. The doctor put a pin through her ear so she could be able to hear.

According to actress Jasmine Harris, the play spans throughout history from the 1800s topresent day.

Actress Kristeena Thaten said that she hopes the play will change hearing peoples’ perspective of those who are not able to hear.

“We have a culture, we have a language and we have a strong deaf community in Sacramento,” Thaten said. “I think the point of the play is to show that deaf people in general have experiences just like hearing people.”

A common theme the performers expressed about being deaf is that they are not broken, and do not want to be fixed.

“Sometimes they (those who can hear) think what is better for us, that is not exactly true,” said actress Sophia Brunton. “Because hearing people think they can do things for us. They can assist us instead of taking over.”

The play will be held on Saturday at 7:30 p.m. and on Sunday at 2 p.m. Both nights will feature a voice-over for those who are unable to interpret American Sign Language.