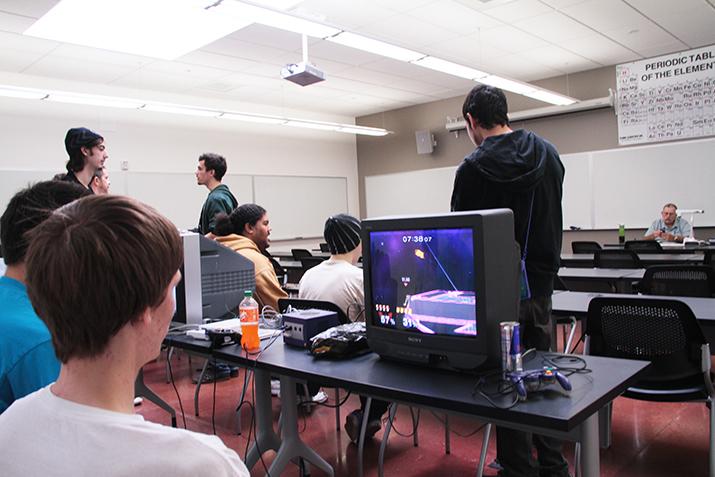 The Super Smash Brothers club at American River College held its first tournament meeting of the semester Friday and the winner walked away $30 richer.

ARC student Jefferson Lott, a mechanical engineering major, took the grand prize thanks to his work with speedy characters Fox and Falco, both from the Star Fox game series.

Originally, club president Vlad Zebrov planned three tournaments for the semester. One for “Melee,” one for “Brawl” and one for “Project M,” all Smash Brothers titles.

To enter the tournament, participating members had to pay a five dollar entry fee, which was added all together and given to the winner of the tournament.

Due to low sign-ups for both the Brawl and Project M tournaments, Friday’s only tournament was for Melee.

The rules for the Melee tournament were fairly simple. One versus one (Smash Brothers Melee can have up to four players at once) on smaller set stages such as Final Destination and Battlefield, with no items to be used.

The match would be a stock game which gave players four lives each. The games were best of three, meaning you had to beat your opponent twice to advance.

Those who were eliminated in the second round of the tournament were not able to play again, and were unhappy with the rule.

When confronted about it, treasurer Ashton Nazeri told members that it was a way to ensure those eliminated in the first round had a chance to play more than one game.

“I think we did pretty good. We got quite a few people playing,” said Zebrov, who also competed in the tournament, but was eliminated in the second round.