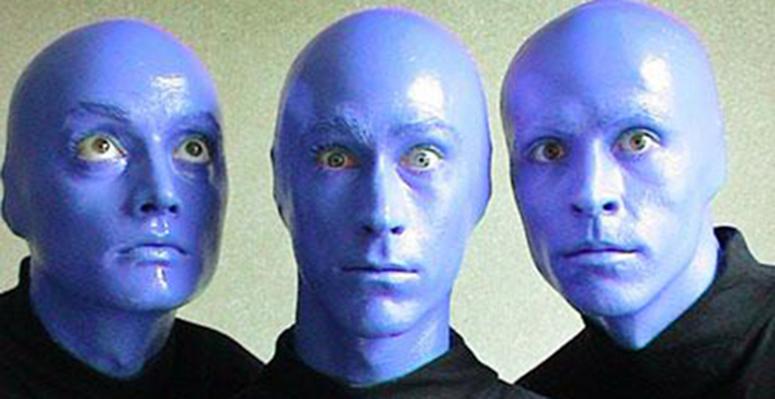 An earlier version of this story incorrectly identified Jason Long as the Blue Man Group member who was hit with the mallet.

Halfway through a performance in Chicago one night, Blue Man Group member Jason Long witnessed a fellow performer hit his drum so hard that his mallet, which was roughly the size of a human head, bounced back up, splitting the top of his nose wide open. According to Long, the blue man scooped up more of the group’s trademark blue makeup with his hand, pressed it into the wound to stop the bleeding, and kept going.

“It’s gnarly,” Long said of his past with the group.  “It’s not a very glamorous thing to be a part of.”

Long, now an author and English professor at ARC, was a part of the Blue Man Group from 2001-2004. He performed with the BMG, as they’re known, in New York City, Chicago and Boston.

“The first show you ever do is so crazy, you’re in the pitch black before the show starts, you’re in this tiny space up on stage,” Long said. “That first moment of the show of your very first show is terrifying as the audience swells and gets larger.”

Long recalls a night when the BMG performed at a venue during a power outage.

“It was a super weird, quiet show that was done with emergency lights and no amplification. There was a lot of quiet restraint in the music, but it had such energy in it because we were trying to pull back so hard on it.”

Long said the reality of being a performer for the Blue Man Group tends to be different than what people may expect.

“We had people s— themselves because they have to do the show when they’re sick,” Long said. “People running off the stage vomiting in trash cans and coming back to finish.”

The Blue Man Group has their own share of groupies, according to Long, but they differ from the typical rock-and-roll variety.

“The groupie thing is a weird word to put on it, because it is loaded sexually,” Long said. “There are probably more men, younger men, who are really into the musicality behind it.”

Long said that being with the BMG for four years was enough for him.

“I felt like I was done with it,” Long said. “I’m super glad I’m not doing it anymore, but super glad that I did it.”

Nowadays, Long focuses on his job as an ARC English professor. This year, he also published “Tiny Giants: 101 Stories Under 101 Words,”  a collection of flash fiction, published by Ad Lumen Press.

“Tiny Giants” initially began as a blog where Long wrote a short story once per day for a year. He came up with the word count by rolling two eight-sided dice.  The stories range from 11-88 words.

“I wanted them to have characters, and plots, conflict and resolution, and all the elements of a short story, but be super-micro,” Long said.

“We found out that we agreed — which was a great relief to me — about the basic deal of throwing out what don’t work and seeing what is left.” Abraham said. “We spread everything out and made stupid categories of things and siphoned them.”

Long has moved on from his time as a blue man, but he still misses the smell of the makeup, which he says took just five minutes to apply.

“It sounds weird, but it smells sweet,” said Long. 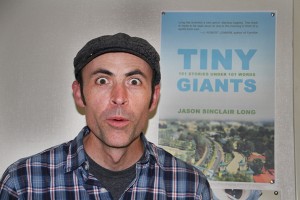 ARC English professor Jason Long says the Blue Man Group is “not a very glamorous thing to be a part of.”

Be the first to comment on "Read, write and blue: ARC professor recounts his past with the Blue Man Group"