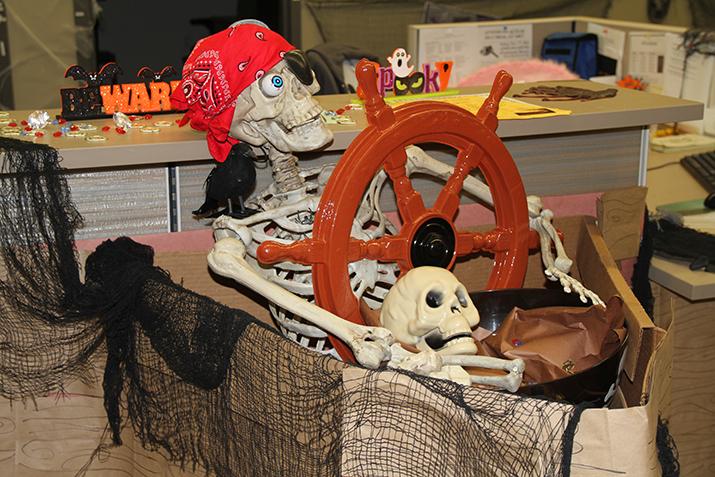 Every Halloween, Americans express a desire to be frightened and horrified to get into the spirit of the holiday. But why do we enjoy being scared?

American River College professors shared their insight into why people are attracted to horrors that go bump in the night.

ARC theater professor Pamela Downs teaches a course this semester based around horror films and the story lines and tropes that define the genre.

“It is a universal phenomenon in storytelling, around the campfire, every culture does it,” Downs said. “It releases the dark impulses if you get Freudian about it. By visiting those dark fears, it releases that.”

Bob Lyman is an English professor who teaches a literature course that covers science fiction and fantasy, which is periodically offered at ARC.

Horror tends to cross over between fantasy and science fiction, according to Lyman.

“It is hard to find a pure science fiction story anymore,” said Lyman.

“He writes solidly in a chthonic tradition. He writes from the world we live that we don’t notice. It is that horror that bubbles up where there is no escape. The chthonic deals with where the whole world goes wrong,” said Lyman.

Lyman also mentioned Freud as well, specifically “the return of the repressed,” a Freudian principle.

“The things we bury down inside of us psychologically that come out,” Lyman said. “Those are always familiar, so those are the scariest.

He said this was a contributing factor to the success of the “Child’s Play” series, a franchise of films centered around the possessed children’s doll “Chucky” and company.

“Dolls are supposed to be rather innocent,” Lyman said. “So here is this innocent, very familiar object that all of the sudden becomes an object of horror that is inside, and you can’t get rid of it.”

Horror stories tend to be metaphors for other real world issues: for instance, the zombies from the films of George Romero have been theorized to be a political allegory.

Downs compared how people watch horror movies to how people eat hot sauce, saying they both can be seen as a test of endurance.

Downs further said she was unhappy with how women are typically portrayed within the horror genre, most particularly with the slasher subgenre.

“The sort of phenomenon of the last girl, the idea the one girl left is standing, I view as sort of an apology for the way women are portrayed,” Downs said. “The way they have to be portrayed as virtuous I find rather disturbing.”

“I think it is fantastic that it (Frankenstein) had so many different treatments, with so many styles,” Downs said. “It becomes a study of genre on how you can take a scenario and adapt it to different expectations.”